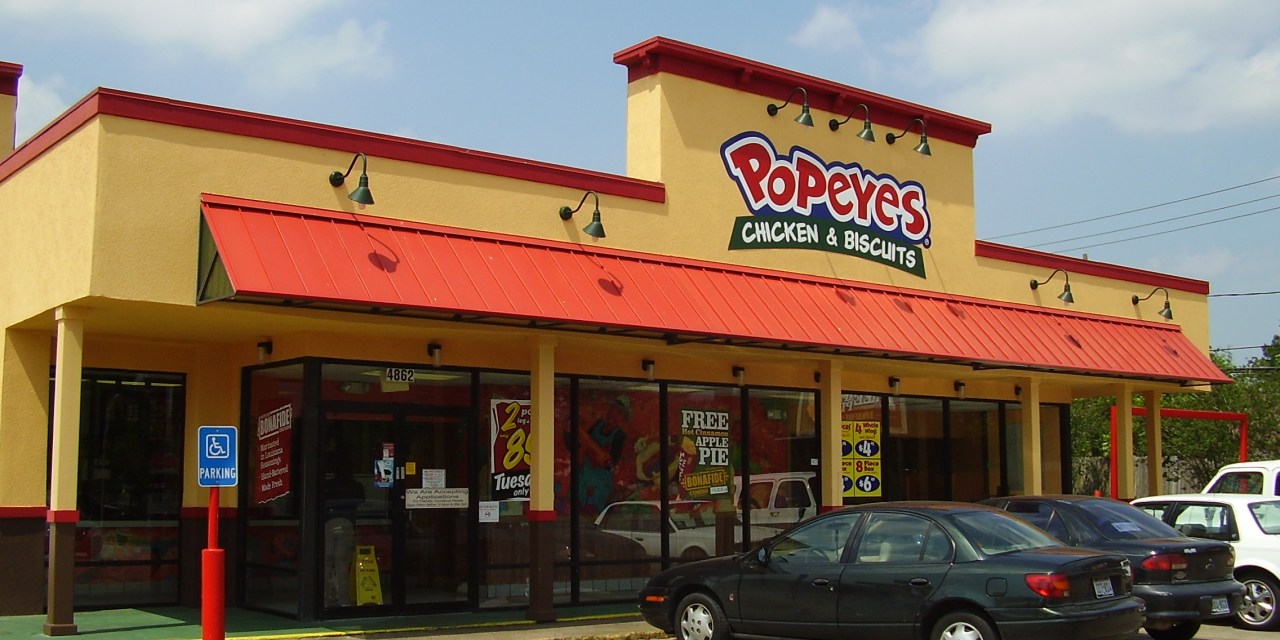 Over the last month, millions have people have stood in line at Popeyes restaurants across the country. At one restaurant in Houston, guns were brandished. Chicken sandwiches have been spotted on eBay, being sold for hundreds of thousands of dollars — ditto Facebook’s marketplace. Waits for a meal that usually took about five minutes were inching closer to an hour, if not more.

Fast food restaurants have caught on to drops.

In the last month alone, millions of people have flocked to establishments like Popeyes and Chick-Fil-A because they saw on social media that they should eat a chicken sandwich. As a result, Twitter and Instagram feeds were ablaze — a Popeyes tweet about the sandwich alone received nearly 90,000 retweets — and the food brands received an estimated $23 million millions of dollars worth of free advertising.

Product launches are nothing new, neither are marketing ploys. But this mix of the two has become more and more a mainstay in the fast food branding world. Instead of buying a bunch of ad space, pushing a new product to every location and telegraphing the message nationwide, these establishments are trying to harness the dual power of the internet and word of mouth. By trying use a scheme that piggybacks off of chicer fashion brands — a “drop” is essentially a limited amount of supply being released quickly in select locations — these fast food companies accessing a new sort of cultural cachet.

Shake Shack, for example, has dropped new products like special shakes and a chicken sandwich in select markets. Dos Toros too used the drop model to launch its new app, offering free burritos to its first users. In the U.K., the bakery chain Greggs dropped a vegan sausage roll in select locations, which led to nationwide fervor (the rolls are now available at all locations).

In short, the new fast food marketing strategy du jour is to parrot a quasi-Supreme.

The fast-food marketing message for Popeyes was clear: This was the best chicken sandwich, and people needed to wait in line to then share their experience online; Popeyes foot traffic increased by over 100%, according to data from Placer.ai. Similarly, KFC recently trialed a plant-based fried chicken option in Atlanta, which sold out in less than five hours.

Fried chicken isn’t the only fast food to stumble onto a viral moment. In 2017, McDonald’s introduced a Szechuan dipping sauce after the TV show Rick & Morty mentioned the sauce’s existence. What began as a small campaign to ride the coattails of a popular television program, turned into a melee with thousands of rabid fans descending on McDonald’s trying to get their hands on the prized dipping sauce. The ordeal was essentially a product drop; There was a limited amount for a limited time, and it made for a big national splash.

According to Mary Zalla, the global president of consumer brands at Landor, it’s not necessarily surprising that food chains are adopting fashion marketing tactics. “Beauty and food brands drive trends,” she said.

In her estimation, fast food is beginning to see an industry shift; Competition is increasing with growing delivery platforms like Uber Eats, she said, “these are all challenging the convenience of fast food.” As a result, these brands are devising ways to become more culturally relevant. “Drops get a lot of attention,” Zalla said. Not to mention, they’re cheap — and the buzz they accrue is mostly free.

The digital agency Mschf has been fascinated with the drop model for years. It worked with the Dos Toros last year, for example, to test out the fast casual restaurant’s app by also doing a product drop. “It creates this anticipation cycle,” said Mschf’s head of commerce Daniel Greenberg. “People wait, get some joy, get some utility. Then they wait again.” Businesses like Supreme, which drops a new item every Thursday morning, “create these cyclical waves,” he said.

Greenberg, in fact, has spent the summer retooling Mschf to become its own drop source. The agency is going to be dropping new digital or physical products twice a month, beginning in late September, as a way to generate buzz. The agency essentially wants to launch a continued stream of products that garners viral fame: online ploys that will simply bait people to tweet about them. Greenberg wants to ride the strategic viral wave of Popeye’s and others. (He pointed to a past “product” launch of a slightly bigger Times New Roman font — to make writing college papers easier — as a taste of what’s to come.)

By relying on creating a viral fervor, brands are also protecting themselves from bigger failures. Zalla described most drops as “test and learn opportunities.” They don’t have to produce as much inventory — they very point of it is scarcity. “That helps them reduce risk,” she said. What’s more, if people don’t take to the product it won’t be considered a national failure.

For national fast-food brands, it’s a cheap way to beta test and hopefully garner free publicity. In Greenberg’s eyes, any attention is good. “The worst thing,” he said, is a product launch that “no one cares for.”

What’s more, for many brands these campaigns are purely ephemeral. While a new product with limited supply may make a splash for a few days — or even a week — a line out the door due to virality does not forecast future steady sales. Companies like Supreme have built a brand sensibility that transcends the product drops themselves; it’s unlikely fast food chains can easily create that sort of long-lasting mindset.

With more big brands and marketers entering the fray, the entire model stands to become overplayed. If every restaurant is dropping products left and right, it’s likely they’ll be able to make any sort of splash. We’re not there yet, but it’s likely on the horizon.

“It certainly is a trend right now,” said Zalla. These large brands, she went on, “will continue to play it out for absolutely as long as it makes sense.” At which point, they may look to Supreme, et. al. for something new.