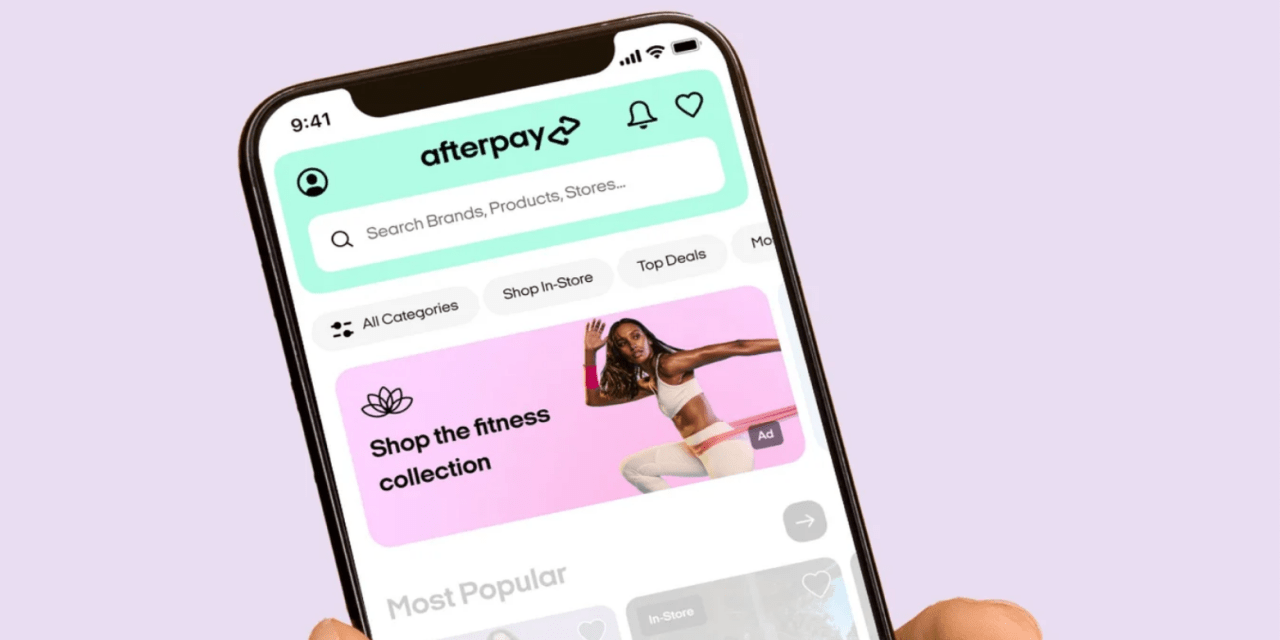 As buy now pay later services achieve ubiquity across e-commerce, they are looking to advertising as a new revenue stream.

Last week, Afterpay announced the launch of its in-house ad network, which it is calling Afterpay Ads. Brands can buy ads in its app that promote either deals or products. Afterpay is not the only BNPL company that has bet that advertising might represent the next phase of its business. Others, like Klarna, have begun investing in similar offerings as well. Advertising — or paid brand placements more broadly — has quietly become a solution for larger profit concerns.

BNPLs, despite their rapid rise over the last few years, are losing money quickly. Last quarter, Affirm and Afterpay each lost $247 million and $159 million, respectively. And while Klarna was profitable prior to 2019, it has since taken to burning significant amounts of cash as it expands overseas. For these companies, advertising is a way to earn back their losses elsewhere — and convince retailers to pay more for their services. Now, BNPLs may be able to bundle access to their ad networks into their deals.

Right now, two services — Afterpay and Klarna — have officially launched advertising programs. But other players are looking into it. Sezzle told Modern Retail in an email that it is “thinking about” building an in-app ad system, and Affirm said it does already allow brands to pay to have exclusive offers featured in its app.

The move is following a well-trodden playbook. “We’ve seen what Amazon has done,” said David Sandström, CMO of Klarna, referencing the speed at which Amazon has turned its shopping app into an advertising powerhouse that now represents one of the most lucrative segments of Amazon’s business. Last quarter, Amazon’s ad sales grew close to 87% year over year, bringing in $7.9 billion.

Through its network Klarna Media, Klarna has been testing paid placements in its app for over a year now, and Sandström said it has spanned from a mix of traditional display ads that brands purchase to giving brands paid placements on its in-app live shopping channels (or, if the brand creates its own channel, promoting that to consumers).

Like Amazon, he said, “the main pitch for us is that we offer a consumer that is in a buying mode, where we have enough data to actually predict our relevancy toward that consumer.” (Klarna has around 20 million customers in the U.S.)

For BNPLs, the move into advertising isn’t totally surprising. Selling ads has in some ways become the default move of all major shopping apps — companies as diverse as Walgreens and Instacart and GoPuff have each invested in building out their own in-app ad networks, seeing it as a way to subsidize deliveries and other low-margin services that customers are increasingly demanding.

But one reason that BNPLs are moving into advertising now is that they finally have enough consumers to make that worthwhile: Afterpay told Modern Retail that, like Klarna, 20 million people in the U.S. have at one point signed up for its service.

“Afterpay advertising solutions are the next step in monetizing the power of the Afterpay platform,” said Zahir Khoja, general manager of Afterpay North America, in an email to Modern Retail. Khoja said that the big shift across is the BNPL space is that shoppers are starting to look to BNPL apps “not only as a payment method but also as a destination for brand and product discovery,” he said, which is molding them into marketing channels for brands.

Intrinsic in the marketing of most BNPLs is the fact that customers won’t foot the bill for their services. That is because right now, with Klarna and many other BNPLs, retailers themselves pay for the cost of the services. The merchant fees that BNPLs charge usually range from 2% to 8% of the purchase price, but in many cases that is not enough to turn a profit. That’s especially true for the biggest deals: last week, Affirm announced that it is becoming Amazon’s BNPL service, but Matt Harris, a partner at Bain Capital Ventures, told Protocol that the deal was likely first and foremost about driving user numbers.

That leaves BNPLs looking for ways to convince retailers to pay them more money. “Someone has to pick up the tab, the question is who,” Sandström said. Based on feedback from retailers, he said, he decided that “we need to finance it in a different way, and I do think ads is one of those ways.”

Through advertising, BNPLs can now monetize all of those customers they have acquired at a loss, and get retailers to pay more to access a wider array of services from the companies. “BNPL companies specifically, we need to create more reasons for brands to work with us,” he said.

Sandström said that he saw this approach — in which Klarna becomes a collaborative partner with retailers, offering them services in exchange for signing up with his company — is the future of BNPL. He envisioned a Klarna app that bundled together many services for customers, replete with livestream content from retailers, push notifications when the price of a product goes on sale, parcel tracking and more.

If the app can build such a loyal audience, he said, then retailers will be eager to pay for access to that customer base. “Is there a way to actually compete with the big publishers? Is there a way where one or two years from now where there’s a spot, where if you want to grow your business as a retailer, you need Klarna as a partner?” he said. “I think that’s the ambition we have.”