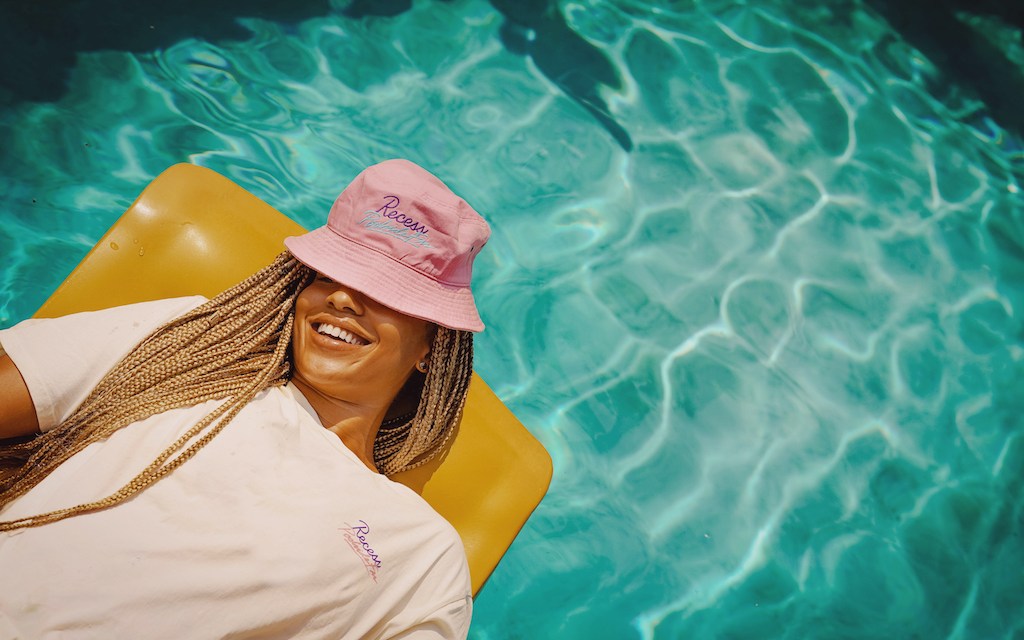 Digitally native brands are increasingly turning to branded merchandise — or, merch — as a marketing vehicle.

Typically, DTC branded item giveaways were relegated to  physical popups or flashy contests to give away limited edition merchandise, namely with logos, slogans or phrases. But more companies are increasingly thinking of these collections, and going beyond the occasional tote launch.

Merch giveaways have long been around in retail. Young brands, however, are investing in curated swag aimed at superfan customers more than ever, said marketing strategist and investor Nik Sharma. The current DTC merch strategy, he said, is to convince people that the items are “actually cool to wear” out or on a Zoom call. They become walking billboards.

Sharma noted past examples that made a splash outside the DTC world, including in fashion, by quickly selling among streetwear enthusiasts. These include Cha Cha Matcha’s respective collaborations with designers Virgil Abloh in 2018 and Brandon Maxwell, who designed hoodies for the tea chain in 2019. Another example, said Sharma, is Soulcycle’s loungewear and water bottles; “It almost creates a secondary community.”

But over the last few months a number of brands have been doubling down on their own branded lines. Most recently CBD beverage brand Recess launched a line of merchandise dubbed “Realitywear” on its DTC channel, which consists of hoodies, journals and hats. Launching branded gear is part of the flywheel strategy that founder Ben Witte described  as “marketing that makes money.”

Some newly-launched brands are trying their hand at merch too, including DTC sparkling tequila brand Onda. “Since inception, we planned on building out a brand that goes beyond beverage,” said co-founder and CEO Noah Gray. So this fall, the company is rolling out a new component of the DTC channel, an Onda sport apparel line. Onda’s visuals revolve around an updated surf style of the ‘90s for the 2020s, so apparel is a natural fit for the sunny branding, Gray explained.

It’s a well-known strategy for many DTC brands. Beauty brand Glossier launched its GlossiWEAR in October 2019. The collection expands on the $40 graphic-splashed sweatshirt Glossier started selling shortly after launching in 2014. The line is currently top-rated among customers, and includes a core list of items such as hoodies and slides, along with limited edition ones like the current white duffel bag.

“We always come back to an idea [founder] Emily [Weiss] had early on,” said Ali Weiss, senior vp of Marketing at ‎Glossier. “What if there was a beauty company whose sweatshirt you wanted to wear?” While the focus continues to be beauty, Weiss goes on to say that forging touch points for connection is an important aspect of the branding. “GlossiWEAR has become another way for us to surprise and delight our community,” she said.

As for generating potential revenue, it’s all in the limited edition rollouts, Sharma said. He pointed to Cha Cha Matcha’s revenue spiking on merchandise launch days, which “helped put them on the map.” According to Sharma, sales from the collection typically do “three or four times single day’s revenue.”

Lauren Kleinman, former vp of marketing of subscription vitamin service Ritual, told Modern Retail that merchandise is also a clever way to grow a new brand’s following. When the product first launched, Ritual subscribers and influencers started posting the capsule bottles and boxes on their social media, Kleinman said. But after making a small batch of Ritual-branded yellow sweatshirts for the team — and posting them online — customers started asking where to purchase the clothing, leading to an official swag store launch in 2019. “With an ingestible product, swag became especially important in signaling being a subscriber and a fan.”

Exclusive branded merchandise — especially artist collaborations — will likely continue becoming the norm, Kleinman said. In recalling hundreds of sweatshirt requests on Instagram, she concluded “if the demand is there, it makes sense to give your community what they want.”