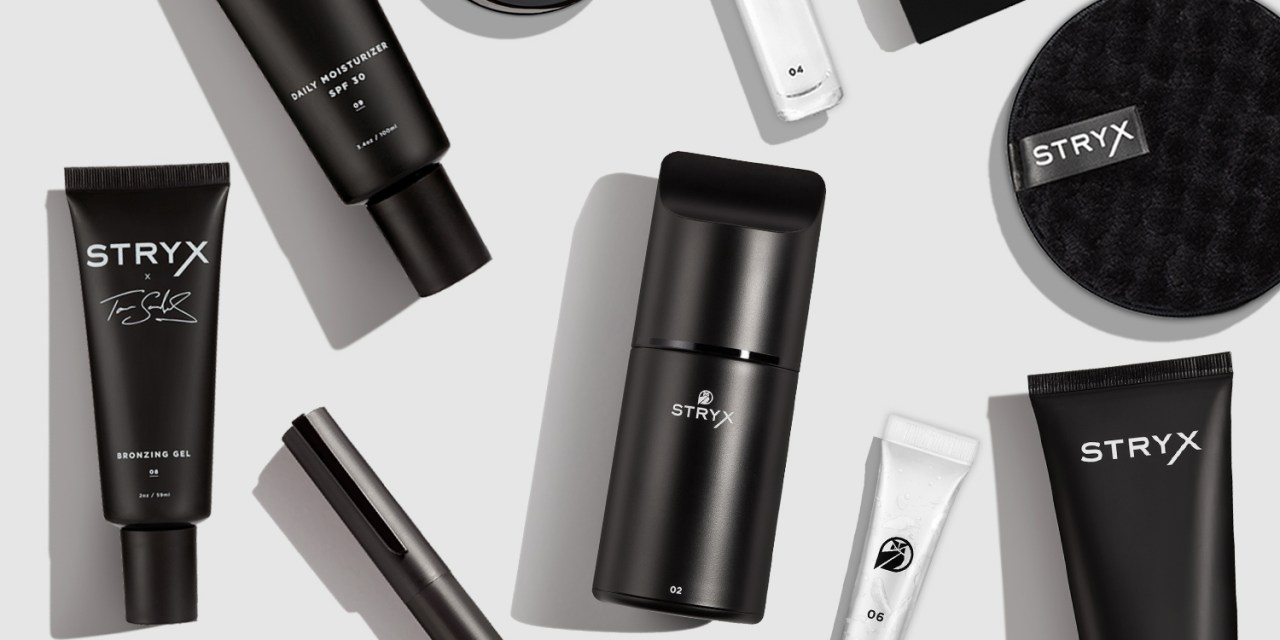 In the Target aisle where products like men’s razors and shaving creams are located, shoppers can now find an assortment of concealer, available in four different shades of concealer from cosmetics startup Stryx.

Stryx, a makeup brand designed for men, has positioned itself in the shaving section of Target and CVS in a bid to make its products more approachable for male consumers. Online, the brand uses its TikTok page to answer questions and engage with its over 193,000 followers. Its other products include tinted moisturizers, bronzing gels and anti-shine powder.

As a cosmetics brand that caters to a niche market, Stryx uses its online platform and merchandise positioning to encourage more men to try its products. When Stryx launched about three years ago, 70% of its shoppers had never purchased cosmetics before. But thanks to its strategy, the company saw a 250% sales increase in 2021.

“Every customer we’ve ever surveyed said the reason they haven’t bought a concealer is they’re intimidated by the cosmetic aisle,” Jon Shanahan, Stryx chief marketing officer and co-founder said. “So to bring these products out and put them next to other men’s essentials is what is making these products more accessible to guys.”

Stryx’s products are currently available at 2,000 CVS stores, 650 Target locations, Nordstrom Men’s Store NYC, on its own website among other select stores. Stryx will expand its retail presence to 900 Target locations by the end of the year.

Most of Stryx’s customers are 25- to 45-year-old men whose jobs often require facing people, such as real estate brokers, models and actors, according to the company. Stryx also said its discreet black and white packaging allows men to carry its products without worrying about the stigma around wearing makeup.

The company has also cultivated a strong presence on social media, which is the source of at least two-thirds of its sales; TikTok represents one of its primary channels to communicate with customers. Shanahan himself will directly answer questions from the comment section. In a video that garnered over 18.2 million views, for instance, Shanahan responded to a commenter who asked what “tinted” in Stryx’s tinted moisturizer meant.

“What we’re trying to communicate is these are grooming essentials that you can use alongside your other products,” Shanahan said. “They just happen to be a cosmetic product.”

Several direct-to-consumer brands are looking to fill the gap in the men’s grooming industry, and have found various ways to attract customers. For instance, skincare brand Lumin has released step-by-step tutorials on YouTube, showing customers how to use its products. Dollar Shave Club and Dr. Squatch, on the other hand, have long used viral commercials to build buzz.

The appetite for men’s skincare products is estimated to hit $16.3 billion by 2026, according to a recent study from Global Industry Analysts. In the men’s cosmetic category specifically, a growing number of brands have emerged. War Paint, for instance, sells products like liquid concealer pens, foundations and primers, while Tom Ford also offers products like bronzing gels and concealers for men.

To smaller and more niche startups, building a connection with consumers is crucial at an early stage, Lanny Geffen, director of customer experience at Fuse Create, said. Online channels like TikTok and other social media platforms are cheaper and more effective at reaching specific audiences than traditional mediums like TV commercials, he said.

“You have to break through and find your audience, and that can certainly be challenging,” Geffen said. “You really have to know your audience, know where they are, know who they are and know how they speak.”

There are opportunities for growth in niche categories like men’s beauty due to it having less competition, Geffen added. “That can give you a solid foothold, which can be an advantage and hard to displace later by competitors,” he said. “Sometimes it’s easier to be a big fish in a small pond.”

Shanahan said that apart from the gel cleanser, Stryx is the first brand to offer certain cosmetics products for men at Target. He said the company’s goal has always been to offer more products, adding that the beard and hair care space is a category he’s interested in exploring. “If we had all these [venture capital] dollars, we would enter a ton of different categories.”

Despite the company’s rapid growth, Shanahan admits that Stryx might never capture the attention of hyper-masculine guys. He said the company opts for more inclusive messaging, while also making sure not to reinforce gender stereotypes.