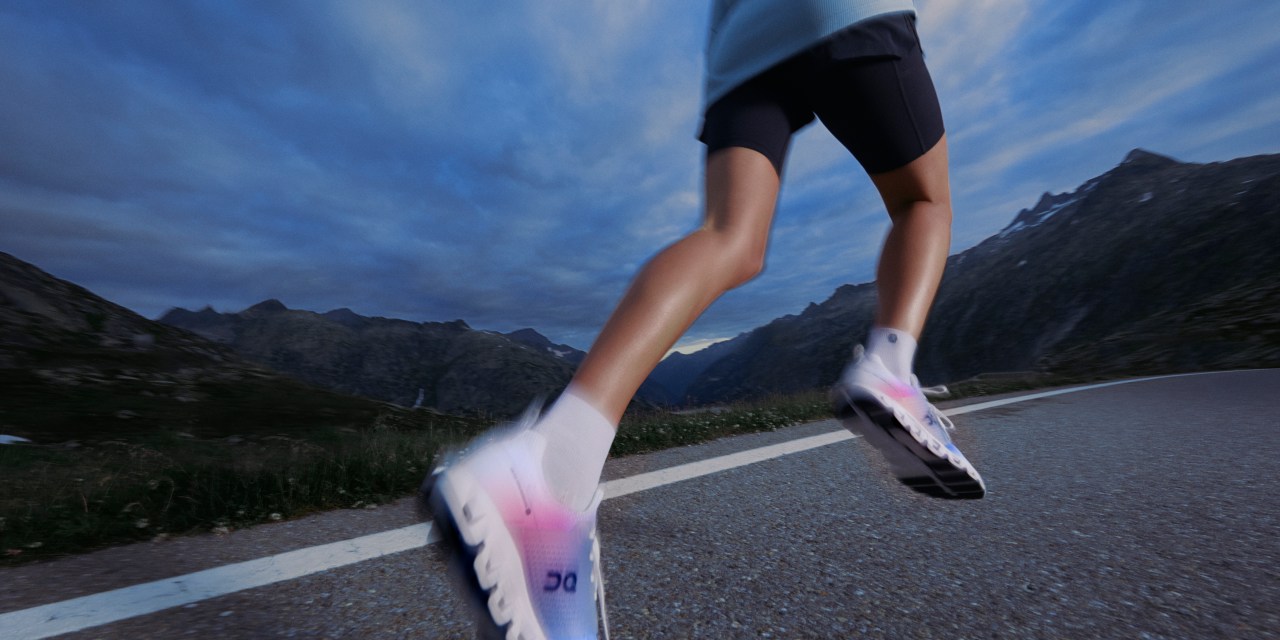 Athleticwear brand On — best known as On Running — wants to be completely fossil fuel-free by the end of the decade. That’s a lofty goal since co-founder Caspar Copetti admits that currently “99% of the products we sell are made from petroleum.”

Today, however, the company is announcing something it hopes will change that statistic. On is unveiling a new shoe called Cloudprime that is made entirely from captured carbon emissions. The shoes, it should be said, are not for sale and are instead a marketing schema to showcase the possibility of carbon-captured materials. The company says it plans to use this technology to bring the shoes to market in the next few years.

According to On, this product has been five years in the making and involves a new foam called CleanCloud made with the help of back-end partners including carbon recycling technology LanzaTech, chemical company Borealis and petroleum engineering firm Technip Energies. The current iteration works by capturing the carbon from a steel factory in Belgium.

According to On, the new process focuses on carbon monoxide-rich sources like steel mills. Once the gas is captured, it is fermented using a patented process and converted into ethanol, which is then dehydrated and polymerized to make the base material of the shoe.

This announcement, it should be noted, is merely a proof of concept — and an expensive one at that. “This pair of shoes made from carbon emissions is a couple million dollars to make,” Coppetti said in a recent interview with Modern Retail. But it points to the company’s ambitions. “Now we’re looking to scale this to millions of pairs.”

In Coppetti’s eyes, a program like Cloudprime is part of On’s DNA. “We felt that as a premium brand with our strong following, we can’t just do little pilot things,” he said. “This is a prototype of what is possible.” Making that jump will be a feat, but Coppetti maintained that “the technology is scalable.”

On, however, admitted that it has its work cut out for it. In a follow-up email, Nils Altrogge, On’s head of technology innovation, wrote, “This proof-of-concept is a meaningful step forward, while also signaling there is still significant work to be done. To scale this technology, across the industry, it will require enthusiasm and investment not only from fellow brands within the industry and consumers as well.” He added, “Looking ahead, On is working to incorporate the CleanCloud technology into our footwear and apparel within the next 3-5 years.”

Right now, sustainability is top of mind for nearly every apparel brand. According to Jessica Ramirez, senior research analyst at Jane Hali and Associates, there is growing “pressure for ESG [environmental, social and governance corporate mandates] to be part of these public companies.” Many brands are being forced to reckon with the question of “is this actually greenwashing? Or do you actually mean it?” A solution that focuses on recycled sourcing is one way to indicate that a company is really trying to enact change.

For the most part, Ramirez said, most of the innovation has focused on renewable sources for fabric. “I’ve mostly seen the re-process of how to make leathers,” Ramirez said, like “making leathers from plastics.” Some fashion brands, for example, have been looking into mushroom-based fabrics.

On, for its part, does not plan to hold the keys to this process. “We are not interested in keeping the know-how for us, but rather be open to share this technology within and outside the industry,” said Altrogge. “One of our objectives as it relates to sustainability initiatives is transparency and education.”

For now, Cloud remains a few pair of shoes, but On hopes it becomes more than that. While the company wouldn’t give a price point for what the end product could be, Coppetti said “hopefully we can offer this at an almost-normal price.”

As he described it, he wanted the entire industry to begin waking up and making real meaningful changes. “Everybody talks about sustainability,” Coppetti said. But, he added, “our industry — like the whole fashion industry — is a dirty one.”