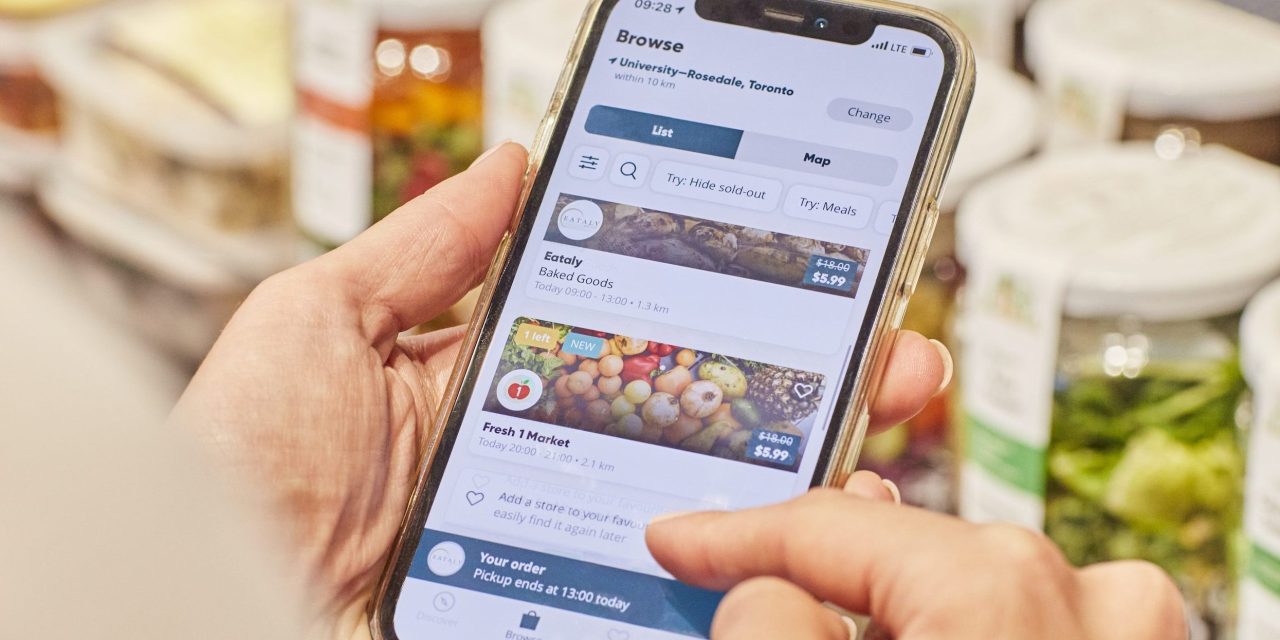 Too Good to Go

Starting this September, U.K.-based grocer Waitrose will implement a new protocol aimed at cutting down on food waste: removing expiration dates on more than 500 products, mostly fruits and vegetables.

The goal is to encourage shoppers to gauge whether the product is still good instead of throwing it away based on a potentially arbitrary date. It’s a practice that food waste elimination advocates hope will pick up steam in the United States, where there are yet to be national standards put in place for labeling.

In the interim, grocers and retailers adhere to industry-defined standards on when food should be eaten by. Some startups and advocacy organizations are encouraging grocers find other ways to redirect food that they can no longer sell, such as by engaging in donation efforts or partnering with discount stores.

ReFED, a nonprofit organization that works to eliminate food waste, estimates that about 90 billion meals are thrown away annually. And, about 7.6% of residential food waste comes from date label concerns.

“People misinterpret the dates on food, and as a result throw it away when they could be eating it still,” said ReFED CEO Dana Gunders. “The dates on food are really an indicator of freshness and when the food is at its best quality.”

Waitrose’s move was preceded by two other grocery chains in the U.K. — Tesco and Marks and Spencer — that made similar moves over the past several years. Meanwhile, in the U.S., Grocery chain Kroger changed its labeling practices in 2019 to incorporate “best if used by” as a guidance, in hopes customers would check out the product for themselves before tossing it.

Overall, Gunders said, the U.S. is a bit behind in food waste movement because of its lack of national standards. While such legislation has been introduced in past congressional sessions, it has yet to make it to a vote. And for retailers, the elimination of expiration date labels could mean increased sales from food that otherwise goes to waste, Gunders said.

“It’s not just consumers that lose, there’s quite a bit of product that gets tossed in the supply chain at grocery stores or even before that in distribution centers because of the dates and from expiration within the supply chain,” she said. “It really is something everyone can benefit from.”

The Consumer Brands Association and the Food Marketing Institute in 2017 introduced two best practices that Gunders said have become industry standards. That includes “Best if Used By” for food that’s intended to be ready to eat but can still be consumed after that date. “Use By” means the product that should be discarded by that date.

This is where consumer education can kick in, she said, as there’s a widespread misunderstanding that old food can cause illness, Gunders said.

“When you hear about food poisoning or foodborne illness, that typically happens because there’s a pathogen on the food, like salmonella or listeria, that would get you sick whether or not the food is out,” Gunders said.

Olga Kachook, Director, Bioeconomy & Reuse Initiatives at GreenBlue, said the lack of national standards means it’s often left up to the private sector to decide how to label products. Many of the dates displayed on products, with the exception of “Use By,” are simply suggestions, she said, and aren’t meant to closely monitor or communicate the edibility of food.

“Retailers have a lot of leverage when it comes to addressing the food waste associated with confusing labeling, both in terms of their own private label products, as well as in setting food waste reduction goals that trickle down to many manufacturers and brands,” she said.

One company that’s pushing for more leeway in the space is Too Good To Go, an app-based marketplace that connects users to participating restaurants and grocery stores to redirect food that can’t be sold. In Europe, where Too Good To Go originally launched, the brand has partnered with retailers to create new labels to put on products that say “Look, Smell, Taste,” in order to encourage people to judge for themselves. Too Good To Go is now live in 17 countries, including the U.S.

“You can tell if rice has gone or not gone sour, or if cereal is bad,” Tyler Simmons, who oversees key U.S. accounts for the brand. “The date is the best guess by the manufacturer, but it’s a conservative guess.”

Simmons told Modern Retail the company has more than 10,000 partners in the U.S. that sell off food, with about 2.7 million registered app users. Each order consists of a “surprise bag” that contains food that is still fresh and edible that would otherwise become surplus. The customer purchases the bag for a fraction of the average retail value, such as $8 for a bag of groceries from New York City’s Gourmet Garage valued at $26.

Simmons said that both retailers and consumers in European countries may be more receptive to food waste initiatives because countries have more centralized policies. For example, France in 2016 instituted new laws that prohibited groceries from throwing away food. Too Good to Go launched in the country that year.

With a lack of a cohesive national food waste policy in the United States, it’s largely left up to retailers and manufactures to address what to share with consumers or how to label, Simmons said. But for many, doing so can be good business, he said.

“For businesses, to make themselves more attractive to consumers, they should be taking action and should be doing so in a public way,” he said. “The majority of people, I think, understand there’s food waste in some capacity. By businesses enabling consumers to be part of that interaction, you enable more positive collective activity.”