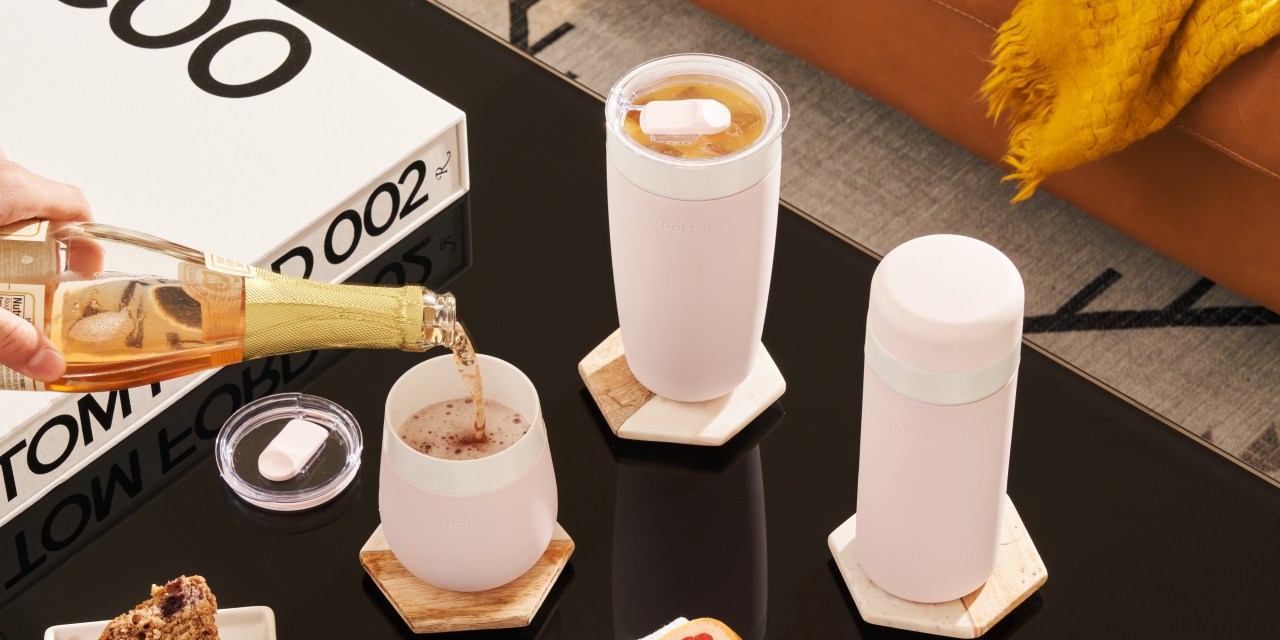 Even as consumers increasingly tighten their budgets, there’s one product category that continues to report growing sales: the water bottle.

Though it’s a product that can last a long time, there are a few trends that are fueling the recent rise in water bottle sales. As people head back to work and school in person, they are looking to stock up on bottles to take along with them. Shoppers are increasingly thirsty for insulated bottles that can keep a beverage hot or cold for hours on end, as well as more stylish designs. And there’s a greater desire among shoppers to invest in reusable products to cut down on single-use plastics, especially as more cities and institutions began to ban the use of single-use plastics.

“There’s so much more the consumer is demanding in this space,” said Kate Lubenesky, president of W&P, which recently launched a new line of ceramic insulated water bottles that became their top-selling product. “I think that behavior is becoming more widely adopted.”

Lubenesky said shoppers are expecting their tumblers to keep drinks at their desired temperature, hence the rise in insulated products with premium materials like ceramics and stainless steel. They also expect aesthetically pleasing designs. And ultimately, consumers buy such products so they know they are not contributing waste with single-use plastic cups, Lubenesky said.

“You don’t have to go to a coffee shop to get a great iced latte. You can make it at home, and put it in a great container to take with you,” she said. “You’re actually getting more when you do it this way, and that’s what our community embraces, this ‘bring don’t buy’ mentality.”

S’well’s Roscoe said that while summertime is always a hot time for water bottle sales, social media is fueling the trend. For example, #waterbottle has more than 1.3 billion views on TikTok and is full of users showing off their favorite bottles. Last year, extra-large water jugs were deemed the new celebrity ‘it’ accessory.

“People are finally understanding on a much broader scale than ever before that hydration is an essential part of overall health and wellness — which is even more front of mind during these scorching summer months,” he said in an email. “All this, combined with an ever-growing demand for reusable and sustainable lifestyle products, has meant a boom in search and purchase for insulated products.”

Helen of Troy CEO Julien Minneberg said during the company’s second-quarter earnings call that Hydro Flask was “crushing it” with year-over-year sales, and is gaining share in the marketplace. He credited students being back in school and bringing water bottles, plus a rise in outdoor activities.

“Outdoor is big, experiences are big. Osprey (backpack gear) is doing well as a result, same story. And then the category itself is just up,” Minneberg said during the earnings call. “So, if the category is up and we’re up more, that’s where the share gain comes and the resiliency is terrific.”

Some data suggests that single-use water bottles are on the decline. NPD’s National Eating Trends report found that in-home use of single-use bottled water has declined by 10% over the last year.

But that trend isn’t necessarily having a widespread effect on bottled water sales: Nestle, in its April 2022 earnings, reported its waters category saw 21% growth, with 40% growth for the alkaline bottled water brand Essentia alone.

The insulated water bottle trend is buoyed by troubling statistics around single-use plastics: plastic bottles are the second-most common item scooped up during beach cleanups after cigarettes, per the Ocean Conservancy.

Beyond Plastics, a Vermont-based project that aims to end plastics pollution, said that 1 million plastic bottles are sold every minute; less than one-third of them are recycled. Alexis Goldsmith, organizing director with Beyond Plastics, said that the shift to reusable bottles can and should make a dent in bottled water usage – if only for trends alone.

“The benefit of individuals taking their reusable bottles is that it’s what shifts people’s mindset from thinking disposable is OK and acceptable to thinking that there is a different way of doing things,” she said.

But the real changes can come with public policy, Goldsmith said. Bans on single-use plastic items are cropping up around the country, including on college campuses, airports, and individual municipalities. This June, the Department of Interior announced a ban on single-use plastics on its lands to be implemented by 2032, including bags and bottles.

Goldsmith said Beyond Plastics is also a making strong push to get refillable water stations in public places like parks and grocery stores to help cut down on bottled water usage.

“While zero waste efforts and individual choices are a part of the puzzle, we really need policy that actually reduces the plastic that’s in the market in the first place,” she said.