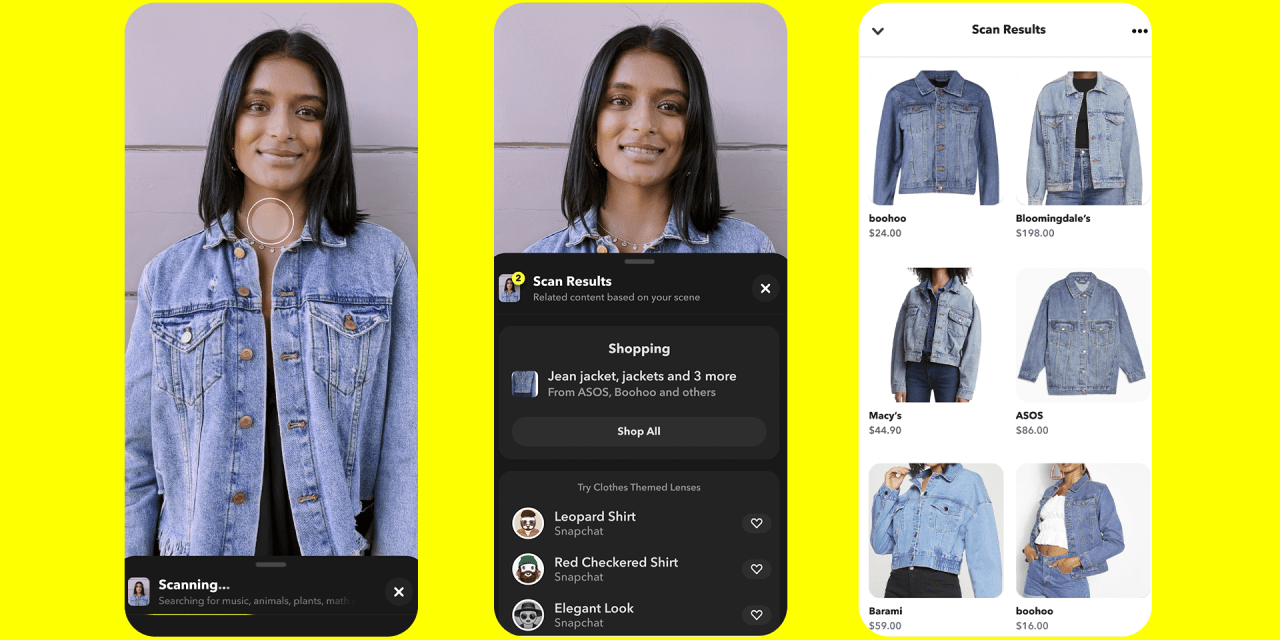 Visual search is witnessing a resurgence in interest that retailers may find difficult to ignore.

The concept of pointing a phone’s camera at a product in order to find and purchase it online isn’t new, but it is, once again, gaining traction. Driven by e-commerce, the market for visual search is estimated to exceed $14.73 billion by 2023, a compound annual growth rate of 9% from 2018, according to data from IndustryARC.

The flurry of activity around the tech is epitomized by two competing use cases. On the one hand, social media and web giants are pushing visual search to the forefront of their platforms. Meanwhile, many retailers are opting to incorporate the feature directly into their existing apps, either individually or with the help of specialist tech startups. Take Walmart Labs; the corporation’s tech division currently has more job listings for AI engineers with computer vision expertise than TikTok.

The current landscape therefore poses a dilemma for retailers: Do they build their own products or tap into the tech offered by larger platforms?

Major players — from Google to Pinterest to Snap — have made huge improvements in their visual search game, which they claim are resonating with users. Google recently revealed that its Lens feature is used three billion times per month on average thanks to integrations with its Photos app, image search and Android phones.

The other major player in the social commerce sector is Snap. More than 170 million Snapchat users use its visual search feature, called Scan, to interact with the world around them every month. To fuel more growth, Snap recently brought the scan button front and centre, placing it on Snapchat’s main camera screen. It also introduced Screenshop to provide shopping recommendations from hundreds of brands when Snapchatters Scan a friend’s outfit or saved photos.

The tool feeds directly into its larger augmented reality experiences including virtual try-ons, said Toccara Baker, product marketing, EMEA, Snapchat. “Snapchatters can match what they see through our camera with relevant AR experiences and go a step further to actually acquire products similar to the item,” she explained. Snap introduced public profiles for businesses in May, allowing retailers to create an account and upload their product catalogs.

Snapchat had 280 million daily users at last count and claims to reach some 90% of 13-24 year-olds across the US. It’s precisely this type of regular engagement that will push more retailers to embrace the app, according to Jason Helfstein, head of Internet research at Oppenheimer & Co., a US multinational investment bank.

“Snapchat is much more oriented around camera and pictures and using filters…their user base is more likely to interact with ads that use augmented reality and computer vision,” he said.

The biggest tech firms are painting visual search as a popular feature that is catching on with their large pool of users. Though, it’s unclear if this will eventually translate into mass adoption that transcends younger demographics.

There is, however, another route for retailers. Those looking to bypass big tech in favor of their own products are turning to the thriving visual search startup scene. Here, specialist computer vision providers are securing deals with clients across fashion, groceries and food delivery.

Notable players include Donde Search, which struck a partnership with Revolve; Glisten, which lists DoorDash and women’s clothing retailer Princess Polly as customers; Aldi and Hayneedle provider Slyce; and Syte.ai, which has built tailor-made solutions for Pretty Little Thing and Boohoo.

A focus on customization is what sets startups apart from all-encompassing big tech alternatives, according to Sebastian Spiegler, founder and CEO of Cadeera, a London-based AI visual search company focused on home décor.

“The majority of our clients have tried and tested existing services and off-the-shelf solutions and found that they are too broad and still need a lot of development effort to make them work,” he said.

Cadeera recently completed an angel investment round. Its software creates a look-book of images of rooms that users can scroll through using a Tinder-style swipe feature. This helps its AI to glean a person’s taste preferences to help them discover interior design products.

Spiegler, a computer vision expert with a PHD in machine learning, claims the tech has in a few short years gone from an experimental retail feature to a “must-have” for online shopping services. He added: “The whole ecosystem around shopping and buying goods will have visual search as an integral function fueling demand and fulfillment.”