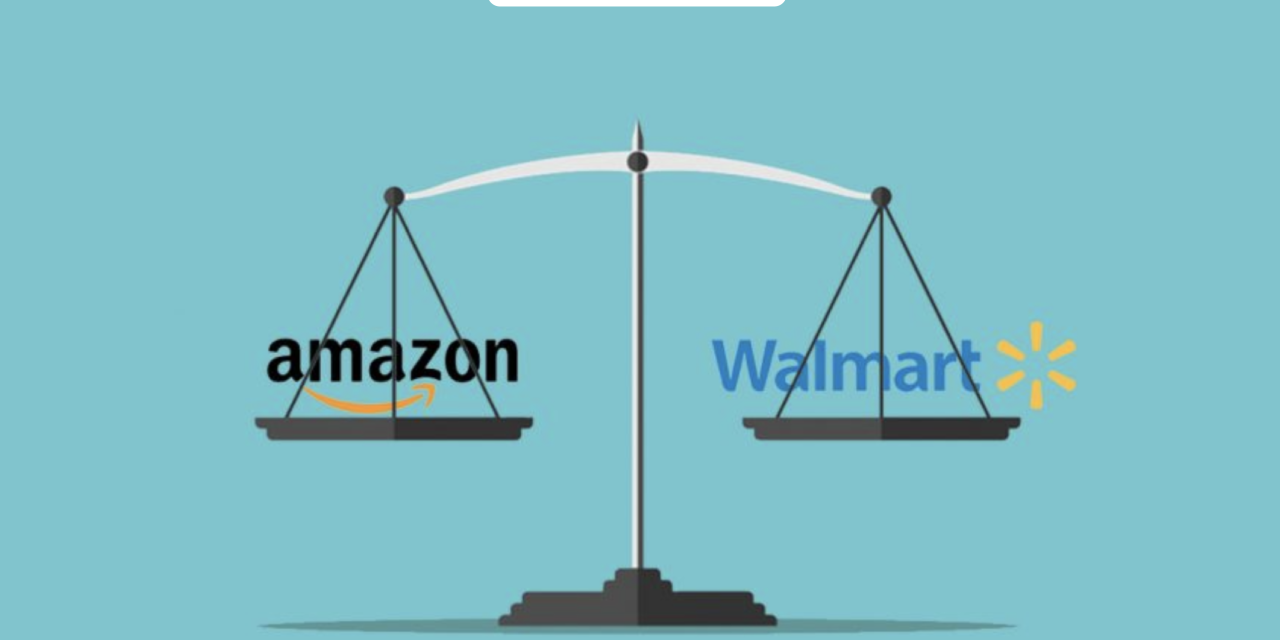 As streaming TV and movies continue to sweep the entertainment industry, retailers are battling for control over merch.

This week, Netflix announced that it was partnering with Walmart to sell official merch directly to consumers. A new hub on Walmart.com will feature authorized merch from Netflix shows like Squid Game, Stranger Things, The Witcher and others. Walmart also promised that it would soon allow fans to vote on which spinoff merch they would like to see from Netflix shows. Walmart would then make the winning product available to shoppers.

Until now, Amazon has had largely uncontested control over merch from viral streaming shows, given its Merch by Amazon program that allows for print-on-demand t-shirts and other products. But this latest Netflix partnership gives Walmart a new leg up over Amazon when it comes to selling merch. It is also kicking off a battle between Amazon and Walmart to control merchandise for streaming shows and films, as sellers on both platforms vie to offer tie-in products that ride the waves of virality.

“I do think it’s important to pretty much any major retailer’s ecosystem, especially now with the retail environment changing so often,” Stephanie Demascus, a senior insights manager at Edge by Ascential, said of streaming merch. “These shows are becoming increasingly trendy, and retailers have to evolve and keep up with the demand.”

That shift is best captured by the explosive popularity of Netflix’s TV show Squid Game. Over the past week, searches for Squid Game merch have topped the Amazon Marketplace. According to Marketplace Pulse, the most-searched term on the Amazon Marketplace is “squid game costume,” and four of the top five bestselling items in the Men’s Costumes and Women’s Costumes categories have a Squid Game tie-in. (Outside of Amazon, the effects of Squid Game are materializing, too: the fashion site Lyst reported that searches for tracksuits and white slip-on sneakers like the ones in Squid Game are up 97% and 145%, respectively.)

Yet even before Squid Game, Netflix has long proven its ability to turn popular TV into engines of commerce. Last fall, The Container Store partnered with the Netflix show Get Organized with the Home Edit to feature its storage bins prominently in the show. After the show debuted, sales at The Container Store leapt 16.8%, and the company boasted in an earnings call that working with Netflix had created a “relative halo effect” on its overall sales.

The e-commerce growth firm Profitero has tracked how previous popular Netflix shows have shaped buying patterns on Amazon. In the wake of  the TV show Bridgerton, searches for corsets jumped 3,661% year over year. The release of The Queen’s Gambit, meanwhile, sent searches for chess sets up 857% compared to the month prior and saw chess-related instruction guides jump significantly in popularity. Streaming, in other words, has proven to be a sophisticated sales funnel.

Third-party sellers on Amazon and Walmart are particularly important for supplying merch sales when a TV show or movie goes unexpectedly viral. Andrew Waber, director of insights at Teikametrics, said that “one way these sellers stay on top is by monitoring trends like viral streaming hits.” Because Amazon is “one of the first places consumers are searching for merchandise related to these shows,” being the first to a viral show ensures a sales bonanza. Especially in the streaming era, when popular TV shows tend to blinker out in the span of a few weeks, third-party sellers that use print-on-demand techniques are able to get out merch more quickly than traditional retail buyers — meaning that when a certain show or character becomes an internet favorite, third-party sellers are how retailers can still profit. For retailers, “it’s really hard for them to forecast what the next big thing is going to be,” said Demascus. “Maybe the buyers at Walmart didn’t even know that Squid Game existed until recently.”

Relying on third-party sellers has largely been Amazon’s strategy, but it’s not clear yet whether Walmart will move away from third-party merch in the wake of its Netflix deal. Walmart said in its announcement that it would rely on “Walmart merchants” to bring Netflix merch “to life,” suggesting that it might work directly with certain third-party sellers, but the company has released few details so far.

Netflix first tried to capitalize on that viral retail strategy by launching its own Shopify store in June, where viewers could buy products from Netflix original shows. But that store has not pulled in significant amounts of traffic. According to data that SimilarWeb shared with Modern Retail, between July 2021 and September 2021, Netflix.Shop had 178,989 monthly visits — exponentially below Disney’s merch store, ShopDisney, which had monthly traffic of 8.097 million.

Tapping Walmart as a partner brings extra visibility, even for a company as powerful as Netflix. And notably, Walmart, unlike Amazon, is not a direct competitor with Netflix in film and TV; Walmart does not have an Amazon Prime Video counterpart. Further, according to Chris Erwin, founder of the media and commerce research firm RockWater, “they know that Walmart has massive consumer reach and an incredible supply chain to deliver products to customers everywhere and in a timely way.” He said, “I think that supply chain is a real competitive differentiator.”

While TV and film streaming are fueling much of the current merch craze on online marketplaces, Amazon has jockeyed to grow its merch offerings in other categories, too. Over the past year, Amazon has tried, in particular, to take a greater cut of merch in music and sports. Amazon Music, for instance, has begun bundling songs with exclusive merch only available on the Amazon platform, and Amazon, soon after landing its big Thursday night football streaming contract with the NFL, began cracking down on unauthorized vendors of NFL merch.

Walmart’s partnership with Netflix hints that it is fighting back — and that both companies seem to see landing merch deals as a way to set themselves apart.