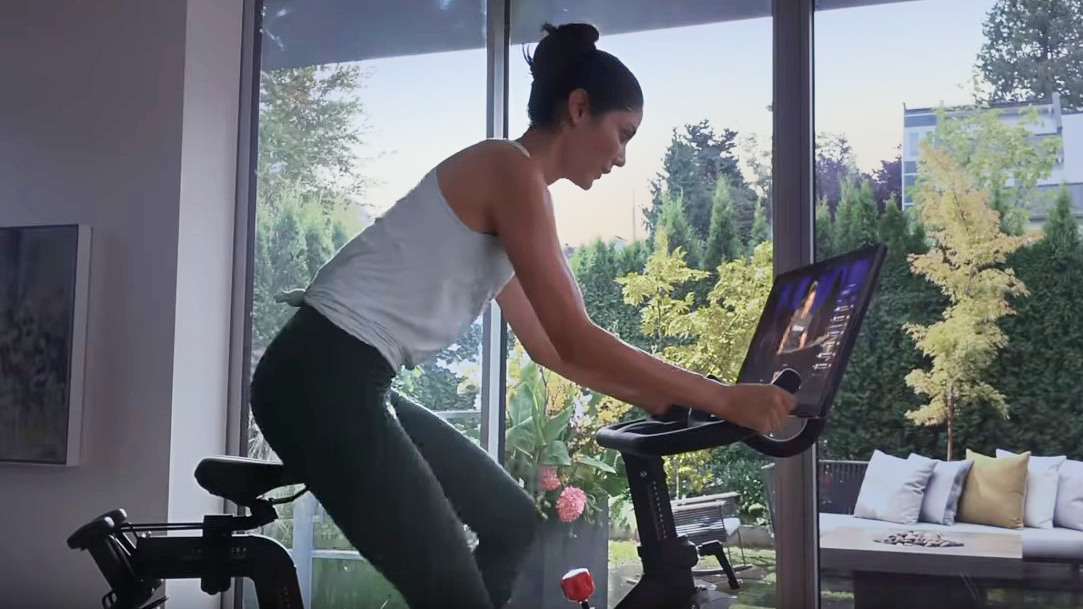 A new report from a short seller about Peloton brings into question the cult brand’s potential weak spots. The report, written by Citron Research, focuses on a few weaknesses to the brand that are worth keeping an eye on.

Peloton’s road to widespread growth faces many challenges. The biggest one being that its equipment is extremely expensive — $2,200 at the low-end and nearly $4,300 for the new treadmill. To make up for that high price-point, the company touts its software services and cheaper subscription offerings — as well as the ability to digitally engage with the overall community. But this positioning as a niche cult brand has brought about new competition offering cheaper products. Now, Peloton is faced with the tasks of cementing its elite status as a brand while others try to encroach on the digital wellness craze it helped create.

Peloton has had a bunch of headaches of late. Last week, the company was in hot water over a TV ad many perceived to be sexist and tone deaf. While the onslaught of critical press certainly put pressure on the company, that wasn’t the only difficulty Peloton faced. Citron Research’s report points to a few other potential weaknesses in the company’s approach: namely, its weak software services and the fact that competitors offer more affordable exercise hardware choices.

Since the report went live, Peloton stock fell to a little over $30, compared to its high of around $37 earlier this month. Peloton is at the intersection of wellness and luxury, and its success relies on getting more people to join while maintaining that elite brand veneer. The short seller’s report — and the market response that followed — hint that the company’s elite branding may be losing some of its luster. Going forward, Peloton will likely have to walk a delicate tightrope of maintaining its cult-like branding while trying to make inroads with more potential customers.

One section of Citron’s analysis looked at the competitive landscape and the onslaught of new and cheaper exercise equipment. A Peloton bike costs at least $2,245, meanwhile other exercise equipment companies — like Nordictrack and Proform — are beginning to offer similar services at a cheaper price-point.

To combat this, Peloton has been making some inroads to woo more people, but more on the software side. For example, Peloton has released new apps and lowered the monthly price of its digital subscription from $19.49-per-month to $12.99-per-month. The company has also touted its media offerings as a growth channel — meaning it sees more monetization opportunities by distributing the exercise classes it produces even beyond the subscription service it offers now.

These attempts to widen its audience pleased some investors; “today’s announcements represent an acceleration in that digital strategy relative to our expectations, expanding access to Peloton content at the top of the funnel, increasing conversion opportunities for the connected fitness business, growing the reach of the Peloton brand, and building a large digital-only ecosystem,” wrote JP Morgan in a report earlier this month. Other analysts are still bullish on the company too; Business Insider reported that 19 firms maintained their “buy” ratings.

Meanwhile, there’s another flip-side to the short sell argument: community. Peloton, like other high-priced fitness and wellness companies like SoulCycle, markets itself as a new kind of lifestyle, one with a cult-like fan following. The pitch isn’t just about owning a bike, it’s about joining a group of other like-minded people who are part of the same regimen.

“The perception that people have with Peloton, is the perception that people have with Apple.” said Jono Bacon, a brand community and collaboration consultant. “Apple is a luxury product.” People seek it out for the luster and services tied to it. “They nailed the customer experience perfectly,” Bacon said, “which is why they’ve made this cult-like following.” This is Peloton’s growth strategy as well, and a way for it potentially to be able to stay ahead of the cheaper competition.

But this strategy is a double-edged sword. The controversy over its ad, which portrayed a woman gifted a Peloton by her significant other, made clear the latent ire some people have for expensive elite brands. “This wellness elitism has just been brewing,” said Sarah Rabia, global director of cultural strategy for TBWA and the co-founder of Backslash, TBWA’s cultural insights studio, to Modern Retail last week. Peloton represents “a different type of luxury brand.” Which is to say that strategy Peloton seems to be taking — portraying itself as an aspirational luxury brand — carries its own baggage to also has potential negative market impacts.

The big question for Peloton is how big can it get if it holds fast to this strain of elite wellness. The company’s marketing costs have increased by orders of magnitude over the last three years, which indicates that much of the low-hanging fruit has been gotten. Investors now are faced with the question of whether Peloton can widen itself enough to bring in more users while maintaining the mystique it’s cultivated over the years.

Currently, the market isn’t sure whether such an expensive item like Peloton has the possibility to grow, or prove out its current $8.5 billion valuation. According to Bacon, the key is to keep the cult-like luster it has; “I suspect that what they’re going to do is be bullish about maintaining the luxury brand status.”