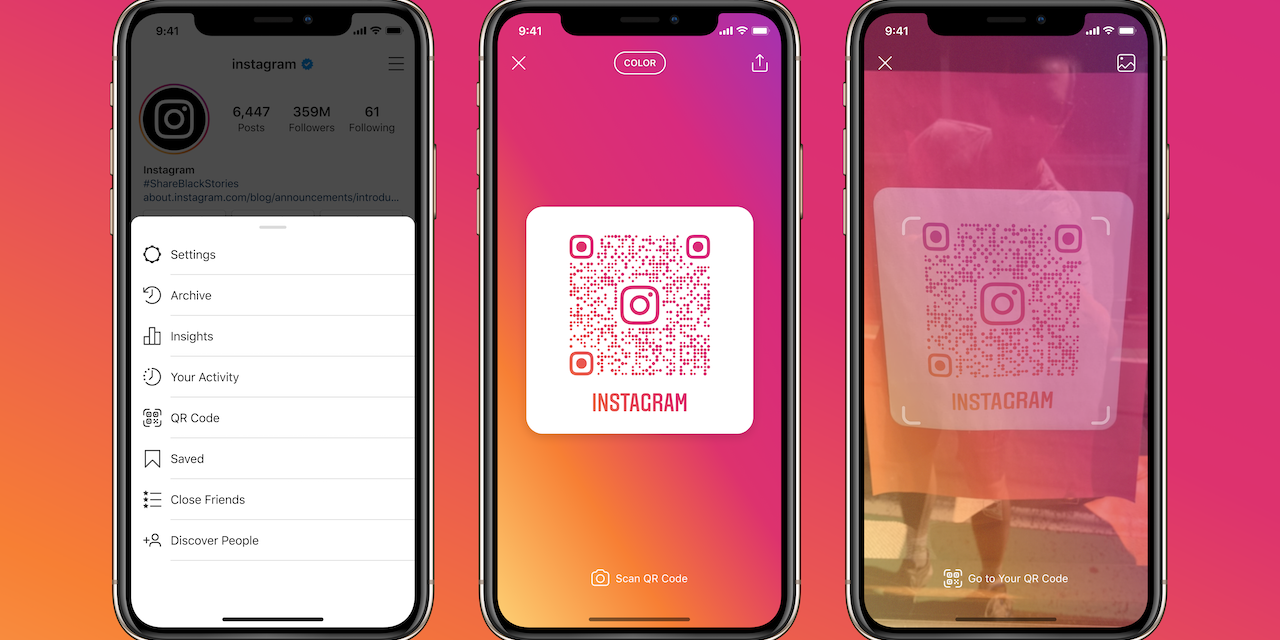 Quick response (QR) codes continue to have their moment in the sun.

Though QR code technology — in which two-dimensional barcodes legible by smartphone cameras pushes information to users — has been around for decades, the contactless solution has become increasingly popular with businesses. It’s been a dominant feature at reopened local businesses like restaurants and bars, which have moved to employing them for offering contactless experiences for everything from smart menus to digital payments.

Even prior to the coronavirus outbreak, QR code technology was projected to grow in the coming years. According to a 2018 report by Juniper Research, the number of QR code scans is expected to reach 5.3 billion by 2022. Though with the current spike in North American consumer use, the number is likely to increase.

Now, even big brands with sophisticated checkout systems are getting in on QR codes. CVS, for example, is launching its own Q code-enabled checkout this month. And now, Instagram. The Facebook-owned social platform this week announced its own new QR code scanner for personal and business profiles, said the company to “continue building tools to help them get discovered and connect with people in new ways.” This widespread presence of QR codes could mean mass adoption among millions of users, especially on social media channels like Facebook and Venmo.

The way the new Instagram integration works is that by scanning a QR code on the app, customers will be taken to that business’s Instagram page and shown updated info, such as store hours, items for sale and other customer service information. According Facebook, people can use their own IG Stories camera, QR Code camera or any third-party camera on their phone. It’s also meant to drive traffic, and in turn engagement, to SMBs’ profiles on the platform given the challenges they face in staying afloat amid a pandemic.

The move’s timing makes sense, since Instagram has quickly become a go-to hub for many local and national businesses looking to reach customers with updates and promotions. According to Facebook, there are 180 million monthly active business accounts across its family of apps, including Instagram and the official Facebook app.

Retailers too are increasingly turning to payment partners that use QR codes to better facilitate contactless transactions. In late July, CVS unveiled a multi-year partnership with PayPal and subsidiary Venmo, which will allow shoppers to scan QR code and use their PayPal accounts to purchase items at its 8,200 national locations. The deal, set to rollout during its fourth quarter this year, comes on the heels of PayPal’s similar partnership with Walmart Canada it announced in April. In May, PayPal began to aggressively market its peer-to-peer scanning payment tool to high-touch merchants, such as farmers markets and second-hand stores.

Meanwhile, there’s a mad dash to find new and easy ways to allow for contactless payments. Indeed, as per the CDC guidelines: contactless formats are recommended “whenever possible.” The health organization has been urging patrons and workers to forgo exchanging physical items like menus and credit cards, and instead embrace contactless payment systems other digital ways to convey information. These sanitary-minded tips have breathed a new life into QR codes’ potential use, and in turn inspired big corporations to embrace them for logistics and marketing purposes.

Right now QR codes work two-fold, because they’re both simple for businesses to implement as well as easy for consumers to adopt, according to Nick Starai, chief Strategy officer and co-founder of payments technology company NMI.

Starai said that with consumers increasingly cautious about going into public, more companies are looking to implement QR codes to ease their anxiety of the virus spread. “It will also empower brick-and-mortar businesses to convert that consumer from in-store to online,” Starai explained, while also streamlining the online payment process during the Instagram store checkout.

“We’re seeing more consumers than ever leaning on it,” Starai said.