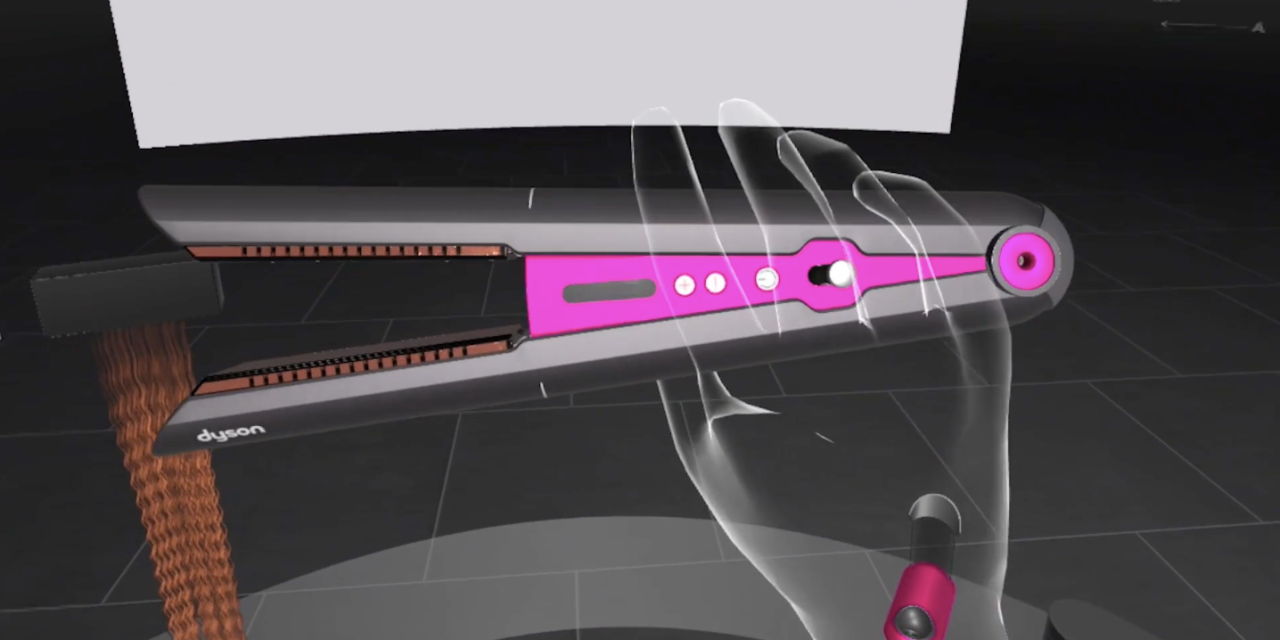 Brands are slowly adopting virtual reality in the hopes that the burgeoning trend may succeed livestream and social commerce as the hot new retail technology.

Companies that have already experimented with new forms of online shopping are becoming early adopters of the nascent tech, which is mainly associated with gaming, but has also found room for fitness and workplace productivity software. Dyson in late November released a virtual reality app for the Oculus Quest 2 headset from Meta (formerly Facebook) as part of a push to expand its direct-to-consumer business on to more platforms. Retailers who have already experimented with gaming and augmented reality are also showing interest in VR, according to Neha Singh, founder and CEO of Obsess, a company that creates virtual storefronts for brands. Obsess’ clients include Tommy Hilfiger and beauty brands Charlotte Tilbury and Dermalogica.

For the time being, VR remains a niche channel. Tech and media analysis firm Omdia estimates that 2.4 million Oculus Quest 2 headsets — which start from $299 — were sold in its first three months of availability in 2020, making it the fastest-selling VR headset to date, with a further 7 million expected to be sold by the end of this year. “The household penetration of VR headsets across North America and Western Europe is a mere 4.1% in 2021, highlighting the long road ahead for VR,” George Jijiashvili, principal analyst, games, at Omdia said.

Commerce capabilities on the horizon

Singh expects more brands to embrace the Facebook-parent-built VR platform when a full e-commerce option becomes available. “The challenge is there is no easy purchase route on Oculus,” she said. “But [the feature] is on the horizon. We are working on it. [Purchases] are inevitably going to move on to the device itself.”

When Dyson announced its VR app last month, the company’s director of global e-commerce Sean Newmarch said a “full end-to-end e-commerce solution” is in development that will allow customers to purchase products from within the Quest 2 headset. Meta declined to comment.

Currently, Dyson’s VR app enables users to interact with virtual products. Customers can use its hairdryers on hair that changes color as it heats up and hoover debris with its V15 cordless vacuum as part of the new experience. The company intends to add a video chat option with customer service staff in the future as part of a laundry list of planned updates. Like its AR and live shopping initiatives, the VR experience is also part of Dyson’s attempt to boost its direct-to-consumer business using tech.

The consumer appliances company, which operates 318 brick and mortar locations worldwide, decided to create the VR experience after losing its physical retail connection with customers during the pandemic, Newmarch said. Dyson has opened 19 stores this year with plans to open a further 23 next year. Dyson Holdings’ profit increased 12% to £797 million last year, with revenue up 5.7% to £5.7 billion pounds, according to filings. (The company does not break out online or direct-to-consumer revenue.)

With virtual reality, Dyson claims it is testing a new way to explain the inner workings of its products to customers using the same virtual assets that it created in-house for its research and development process. “Our customers increasingly want to buy directly from us, which makes sense, because we created the technology and we are best placed to look after them,” James Dyson, founder and chief engineer, said in a statement.

But, there are question marks over the mainstream consumer appeal of virtual reality. Experts believe that mass adoption is dependent on VR evolving to become more natural and integrated with people’s lives. “Not just some big chunky thing you wear on your face,” Singh said. As larger companies embrace VR, that will also help to fuel take-up. “Whenever Apple does VR, it will kick-start momentum,” Singh noted.

Other companies beyond Dyson are experimenting with virtual and augmented retail on a range of platforms. Gucci and Nike have launched fashion shows and levels inside the online multiplayer game Roblox. Balenciaga recently started selling luxury apparel in Fortnite. And, Ralph Lauren and Adidas have launched interactive experiences on South Korean social avatar app Zepeto. Meanwhile, beauty brand Charlotte Tilbury  has created a virtual store on their own website.

Ralph Lauren in August said that its digital clothing line on Zepeto marked its entrance into virtual economies. Taking interactivity further, Nike’s Nike Land level in Roblox allows users to play and create mini games, purchase digital sportswear and mimic their real life movements in the game using sensors on their smartphone. The company said the launch was part of its mission to “turn sport and play into a lifestyle.”

The programs brands are working with are increasingly branding themselves as metaverse platforms — a term that is loosely used to describe everything from a new type of internet powered by VR to multiplayer experiences that incorporate competitive gaming alongside social experiences, such as a virtual Ariana Grande concert inside Fortnite. Meta, which has been doubling down on metaverse offerings, has said that it will create a market for digital goods worth worth hundreds of billions of dollars. It already lets users purchase digital in-app items on its Quest platform.

In the present, the main objective for retailers through these launches is to generate brand awareness with consumers at a younger age. “They are preparing to connect with those future customers as they grow and gain their own spending power,” Singh explained. Retailers are also opting for platforms with communities that overlap with their own customers. Facebook’s VR platform is more male oriented, Singh said, and tends to be used by more affluent users compared to free games like Roblox and Fortnite.

Meta has indicated that it will subsidize the price of its hardware to help boost its popularity. This could boost adoption of the technology. “As the price of VR headsets drops, they will become part of the interactive everyday platforms that consumers use,” said Marialena Zinopolou, a lecturer for the MSc Strategic Marketing and MSc Management Program at Imperial College Business School. “Soon all brands will have to consider virtual content and digital twins for their products,” she added.

Singh believes that early VR adopters like Dyson could gain a competitive edge if the tech does indeed break out as some have predicted. “The companies most interested in [Oculus Quest 2] are forward-looking brands,” she said. “They understand it is still a small market and could take two to three years to grow. Getting in early and using that data and those learnings will help them as adoption grows.”