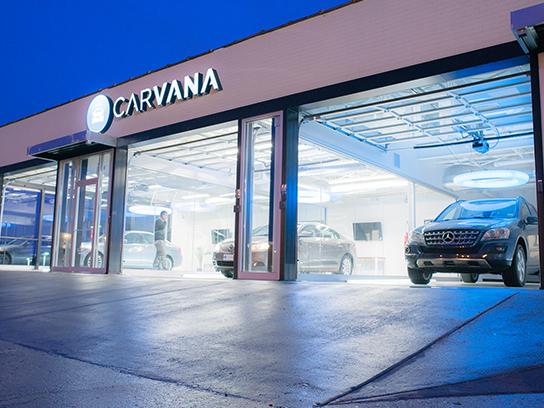 Seemingly unintentionally, Carvana was perfectly situated for a socially-distanced world.

Before the pandemic, the used car sales app targeted a generation of socially awkward app-users, many of whom were finally aging into buying their first car. Much like purchasing a pizza, with Carvana, customers swipe, select and shop. They then wait for their purchase to appear at their front door. Unlike a pizza, they have seven days in which to return it.

Enter coronavirus, and a social distancing-ready purchasing system suddenly made sense for every generation of Americans — including those well acquainted with the patter of a used car salesman. The question remains whether or not this car buying model will last.

Since lockdown measures began in March, Carvana has had to make a few changes. These include better sanitization measures, allowing more team members to work from home and a “touchless delivery” system. But overall, it’s been far better placed than many of its competitors — especially car dealerships that relied solely on in-store sales. “Our business model was built for this moment from the beginning,” said co-founder Ryan Keeton. “We believe that changing consumer preferences during the pandemic has accelerated online car buying.”

Even if you’re only window shopping, Carvana’s blue-and-white app is a whizzy experience. Each vehicle has interactive 3D footage, where a single swipe makes it swivel on its turntable or fling open all its doors at once, like a beetle in flight. Still, choices are a little limited — on a single day in the New York area, just 329 automatic vehicles were available.

The company’s frictionless sales tactics have proven immensely popular with consumers: In the first quarter of this year, retail units were up 43% year-on-year, while revenue was up 45%. Mobile car buying is having a moment more generally; in the space of less than three months, Carvana’s stock price has soared almost 300%. Other digital-first car sales companies are also attracting attention with investors: Earlier this month, competitor Vroom raised $468 million at its initial public offering, while its stock price almost doubled on the first day of trading.

But despite a significant boost to sales, Carvana is still far from profitability, with net losses of $183.6 million, more than twice as much as last year. At the same time, other car retailers are watching closely in the wings, ready to absorb some of Carvana’s test-driven digital tactics. Now, as dealerships open up again, maintaining its first-quarter momentum may prove a challenge.

For new cars in particular, said Andrew Dinsdale, a Deloitte consultant and the head of the firm’s automotive digital offering, “the test drive is still so critical — so how do you deliver that experience?” This is borne out in the data: Despite ongoing social distancing measures, car dealerships in California have already recovered about 50% of lost foot traffic, according to analysis from Bloomberg, with many customers apparently longing for the familiarity of an in-person experience.

For the past five years, he said, many car manufacturers have wanted to switch to digital, but have been hampered by high costs, low customer interest, or challenging franchise laws. General Motors’ Shop-Click-Drive is one of very few mature initiatives. Over the same period, disruptive startups like Beepi have crashed; The digital car selling platform was launched in 2014, valued at $546 million in 2015, and failed in 2017.

“What I will say is the pandemic probably accelerated initiatives, and we’ve seen some pretty innovative quick fixes,” he said. “I didn’t expect them to be able to move so fast.” One long term solution might involve customers doing much of the legwork of buying a car online, before showing up at a smaller outlet to test the car in person, then sign the dotted line — an end to glass-fronted car dealer palaces, if not the brick-and-mortar experience itself. To build trust, said Dinsdale, retailers have a few options: Money-back guarantees are a popular feature, as are free returns or shipping. “Even for a used car, [customers] want that touch and feel,” he said.

Between road trip vacations and social distancing measures, analysts predict a lot more driving in the months ahead. In a recent note, Guggenheim analyst Ali Faghri observed that traffic in China was now above pre-Covid levels — a bellwether for the U.S. market. He now expects driven miles this year “to exceed 2019 levels, as driving benefits from low gas prices, pent-up demand, and share gains from public transportation/flying.” In practice, according to Faghri, that’s good news for auto parts retailers and, more grimly, salvage auctions — more driving equals more accidents.

While car retailers have seen an early spike in sales, said Dinsdale, it may be a short-term phenomenon — the product of pent-up demand rather than any societal shift toward driving. At the same time, wider customer demand for new cars has fallen, according to data from S&P, with sales of domestically produced vehicles falling by 29% year-on-year in May. Foreign vehicles fared only slightly better, with a drop of 17%.

Between customers returning to dealerships and the prospect of fewer sales, Carvana, for its part, isn’t worried. “As long as we keep making the experience simpler and we have the safest and best way to buy and sell a car, customer preferences will continue to shift our way,” said Keeton.

At the same time, traditional car retailers appear rattled: Speaking on a recent earnings call, Mike Jackson, the CEO of AutoNation, said the pandemic had sped up changes already afoot in the industry: “For digital, this whole disruptive period with corona is an inflection point from which there’s no turning back,” he said. “The bar has now been raised for any company that wants to perform in this marketplace. You need first-class digital capability. You need a safe environment for your customers and a safe environment for your associates. That is the holy grail going forward.”