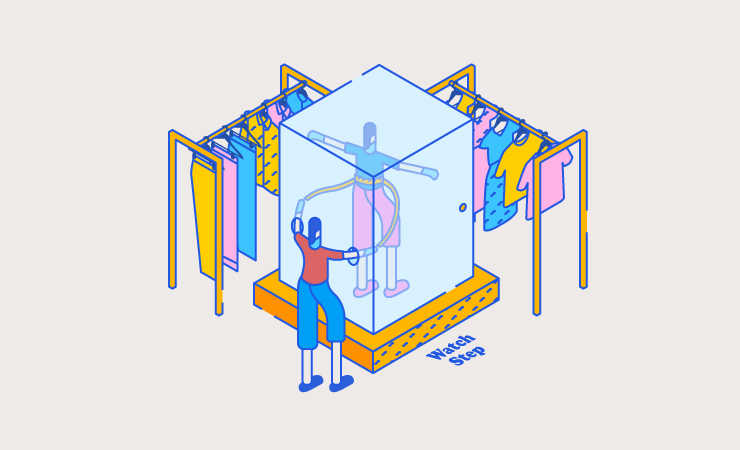 For most people, the experience of trying on clothing in a fitting room is as much about seeing whether it suits them as whether it fits. When purchasing online, customers are forced to use their imaginations; the same item on a model — especially if they’re a different age, ethnicity or body type — usually isn’t a great guide for mere mortals trying to figure out if they can pull off an especially daring look.

But in the middle of a pandemic, the notion of going to a store and trying on the same clothes as umpteen other strangers has seldom been less appealing. To help bridge the gap, some retailers are reaching for digital alternatives that can give customers some sense of whether an item is right for them. Smaller companies already on the market are seeing jumps in merchant interest, while bigger players such as Adobe have begun investing resources into developing their own high-tech solutions.

Even the upper echelons of these products remain somewhat limited, however. The technology may be technically sophisticated, but there’s a long a way to go: weird camera angles can make the simplest outfits balloon or pucker in deeply unflattering ways, while swapping out less revealing clothing for something showing a bit more skin sometimes results in an uncanny mash-up of body parts. The services are often fun to use, but they’re a pale cousin to an in-person experience.

That said, for many retailers, it is the best option in these challenging times. Forma, based in Silicon Valley and founded in 2017, is one leading startup. Since the start of the pandemic, the company has seen a bump in interest, as retailers look for alternatives to trying items on in store. “We’re seeing tons of merchants now scrambling to figure out ‘how do we actually build deeper connections with customers, how do we increase their confidence,’” said Ben Chiang, Forma’s founder and CEO. “This type of interactive experience,” he said, “has become quite a hot topic.”

At their best, digital try-on services like Forma or competitor Zeekit help increase the number of people who actually buy a given item. (WANNABY and Vykings do something similar, but for shoes.) “What we’ve seen and measured is that the ability to see an item on yourself actually significantly increases the customer’s confidence in purchasing,” said Chiang. For retailers who use the service, the cost is very low: all it takes is one photo of an outfit and one photo of an individual for the company to produce a mock-up of how any item of clothing might look, using hundreds of “landmarks” around the body, detected automatically. “Once we’ve digitized any person or outfit once, they can be interchanged with any other person or outfit,” he said. “We don’t require any 3D scanning, no green screens, no photoshopping, no reshooting models, or anything like that.”

Developments in deep learning and computer vision have made these services better than ever before, he said. “On the hardware side, the GPU (graphics processing unit) is getting cheap enough that you can actually do photorealism on the fly.” In the past, customers faced a trade-off between speed and image quality: now, a reasonably high-quality image can be thrown together in a matter of moments. Amazon’s own spin on this is called Outfit-VITON, according to a research paper from the company’s hardware development lab, Lab126. There are no public plans to release it any time soon: “We often present research papers that explore new scientific ideas that may not make it into customer-facing products,” said a spokesperson for the company.

Birdy Grey is one of the 600 or so retailers working with Forma. First launched in 2017, the company sells affordable bridesmaids’ dresses, available in a dozen or so wedding-appropriate shades. Each dress has a woman’s name — Christina, Jane, Gwennie — and retails at $99 each. In the vast majority of cases, said CEO and founder Grace Lee, the bride is the decision maker, while the bridesmaid is the one actually making the purchase. “Often, the bride will choose a color and say, ‘Okay bridesmaids, choose your most flattering pick or pick between these four or five styles that I’ve approved.’ And the bridesmaids will come by and purchase it.”

Birdy Grey launched its virtual try-on service earlier this year. “We tested it on our site, and we found that users who did use the tool were more inclined to purchase and engage. It helped us increase the time on our site,” said Lee. It’s hard to say for certain whether the tool has helped boost conversions, she said, but it seems to resonate well with customers, who will usually play with the stock images before uploading a picture of their own. “It really does help the bridesmaids visualize what it looks like on them,” she said, “and for the bride, it helps her visualize ‘what will my bridesmaids look like in a lineup.’”

From a technology standpoint, a much harder problem is helping customers understand how the clothes actually fit, Chiang said. “It’s kind of hard to solve this online, or digitally.” More than that, humans come in all shapes and sizes, while clothes sizing tends to be somewhat standardized. A single individual might wear a medium from one store and an XL from another. To that end, digital-only retailers like ASOS have long made use of fit predictors, where customers input their height, weight, age, and other sensitive details, before being given a recommended size. It’s adequate, but inexact at best. German startup Presize.ai is one of the companies attempting to tackle the problem head-on. Customers can use their smartphones to create a seven-second video, eventually producing a digital avatar of sorts, allowing them to see what does and doesn’t fit. But for now the product is little used, if at all, and somewhat buggy to use.

Because most services can’t tell customers whether a given item will fit, digital try-ons likely aren’t the solution to one of online retailers’ biggest bugbears: the cost of returns. “We’ve heard anecdotally from merchants that returns do drop,” said Chiang, “but we haven’t been able to track that as closely because the returns need to be tracked, requiring pretty deep integration with merchant data.” It’s a multi-billion dollar problem, with customers returning between 15% and 40% of their online purchases. With free returns now considered the norm, there’s little incentive for customers not to buy multiple items in different sizes or colors. Try-on services might help customers rule out the wrong color or style, but they can’t really reduce the number of people buying a medium and a large, just in case.