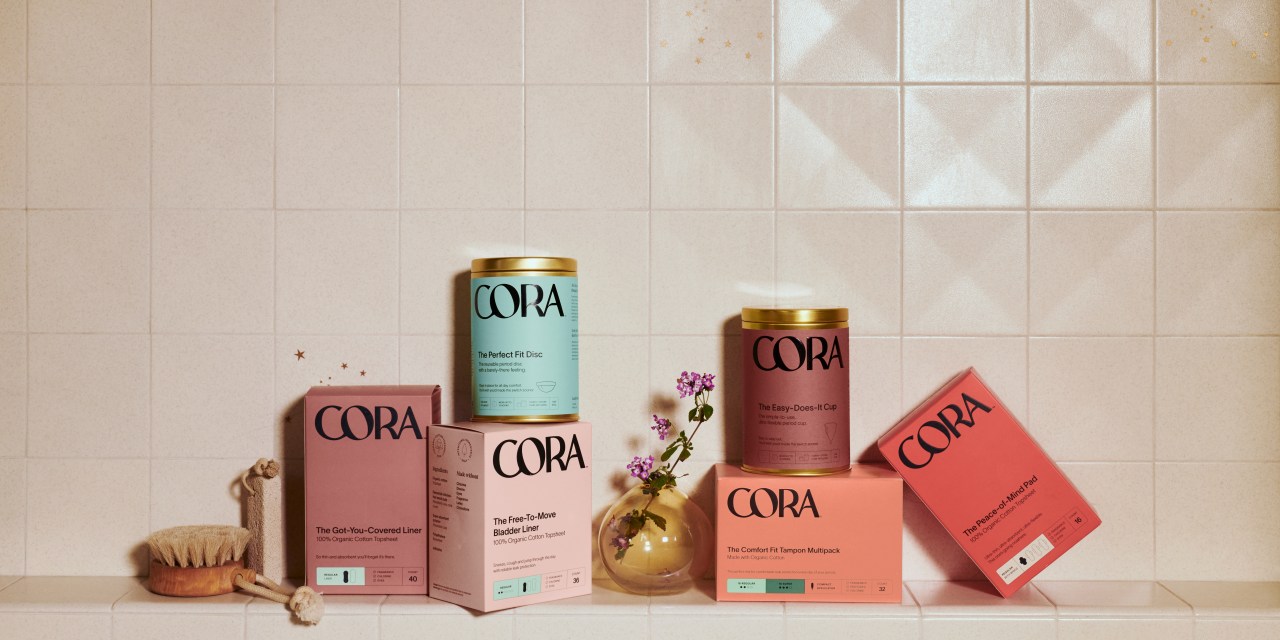 Reports of a tampon shortage are having a ripple effect across the period care category — and some DTC brands are profiting.

The major conglomerates that hold the majority of the feminine care market are facing supply chain issues. However, the reasoning behind the lack of product on retail shelves have been vague. It’s unclear what the exact cause is, and not all conglomerates are experiencing a shortage. However, rising costs of raw materials like cotton and rayon, overwhelmed manufacturers and logistics delays could all be a culprit, various executives have told news outlets.

It’s difficult to predict when manufacturing and fulfillment bottlenecks will clear up for CPG giants like Procter & Gamble. But, a number of DTC period care brands told Modern Retail they’ve had week-over-week sales spikes in the past couple of months, coinciding with headlines of tampon and feminine pad shortages. While these startups are benefitting in the short time from customers seeking out alternatives, they too, aren’t immune from raw material shortages and freight delays.

In an email to Modern Retail, Lola CMO Monica Belsito said that the company has seen a spike in sales across all channels coinciding with when Time published an article about the shortage.

“We started seeing a material uptick in demand after the Time article published and unleashed the news cycle about the shortage, particularly in our direct-to-consumer business on mylola.com and on Amazon,” Belsito said. “Both continue to hit record high days of revenue and have increased 3-5x week-over-week.”

Furthermore, the company’s marketing strategy “shifted overnight to ensure that our customers know that they can rely on Lola to have the period products,” Belsito said.

A few examples included a homepage banner reading “Tampon shortage? Not for Lola subscribers!” along with an Instagram Story promoting in-stock inventory on the brand’s website.

That being said, Lola is also facing pressure from retailers to fulfill orders on time, Belsito said. “If there is an unexpected spike in demand for a product, it’s now taking two to four times as long to bring in replenishment inventory — which results in empty shelves.” In turn, the company — which sells at several retailers such as Walmart and Walgreens — is placing orders for raw material and finished goods months ahead of normal lead times.

Lauren Schulte Wang, founder of menstrual disk brand Flex, said the brand began noticing shortages on its shared retail shelves back in April. “Until now, we thought it was just tied to retailers resetting their inventory cycle,” she explained.

However, this week Flex received a notice from Target that all planned promos on feminine care was being called off due to supply shortages, Schulte Wang said. “I think there are probably several factors at play, including the increasing cost of cotton and rayon,” Schulte Wang said. Flex’s products are made in California and Canada, which has helped minimize supply chain-related delays. Schulte Wang credits on-time fulfillment to Flex’s newest retail account; the brand launched in over 4,000 Walmart locations in May.

Schulte Wang also pointed to global events, such as the war in Ukraine, likely having an impact on overseas factories where many brands make their products. Not to mention, inflation has hit these products hard in the past year. According to Nielsen IQ tracking, the price of feminine care products spiked by 10.8% over the past 12 months.

Regardless, Schulte Wang said the wave of media attention has encouraged consumers to seek out alternatives to their favorite brand. “We had our best month ever in May.” Flex’s total sales were up 20% year-over-year, with Amazon revenue being up 40% over the previous year.

Reports of a tampon shortage are also leading some customers to seek out products from startups that they may not have previously considered buying from before.

“We saw 2.5x higher tampon sales on Amazon just over the last five days,” Dana Cohen, chief marketing officer at period care brand Cora said. Cohen noted that this demand spike has been caused by a mix of new and existing customers stocking up.

In terms of new customer acquisition, the company has had an increase in traffic on both its Amazon storefront and direct-to-consumer site — with a 50% increase in conversion rate week-over-week. “We’re also continuing to see strong demand for our reusable products, particularly our reusable period disc that launched last year,” Cohen said.

The company also sells its products through retailers like Target and CVS. Thus far, the brand has received a few messages on social media, along with people tagging Cora in brand photos of empty shelves, Cohen said. “Beyond that we have not seen or heard much from our customers about not finding Cora where they shop.”

Still, even nimble startups aren’t immune to supply chain disruptions – forcing some to plan ahead to avoid creating an empty spot on their retail shelves.

Cora, for instance, has generally been able to stay in stock despite significant growth this year. “At the beginning of this year, we made the decision to hold more inventory than usual because we were seeing increased lead times,” Cohen said. Along with investing in expedited freight, the move helped minimize delays on Cora’s wholesale retail orders.

All in all, period startup brands are taking this time as an opportunity to educate customers on their products – including organic or reusable substitutes.