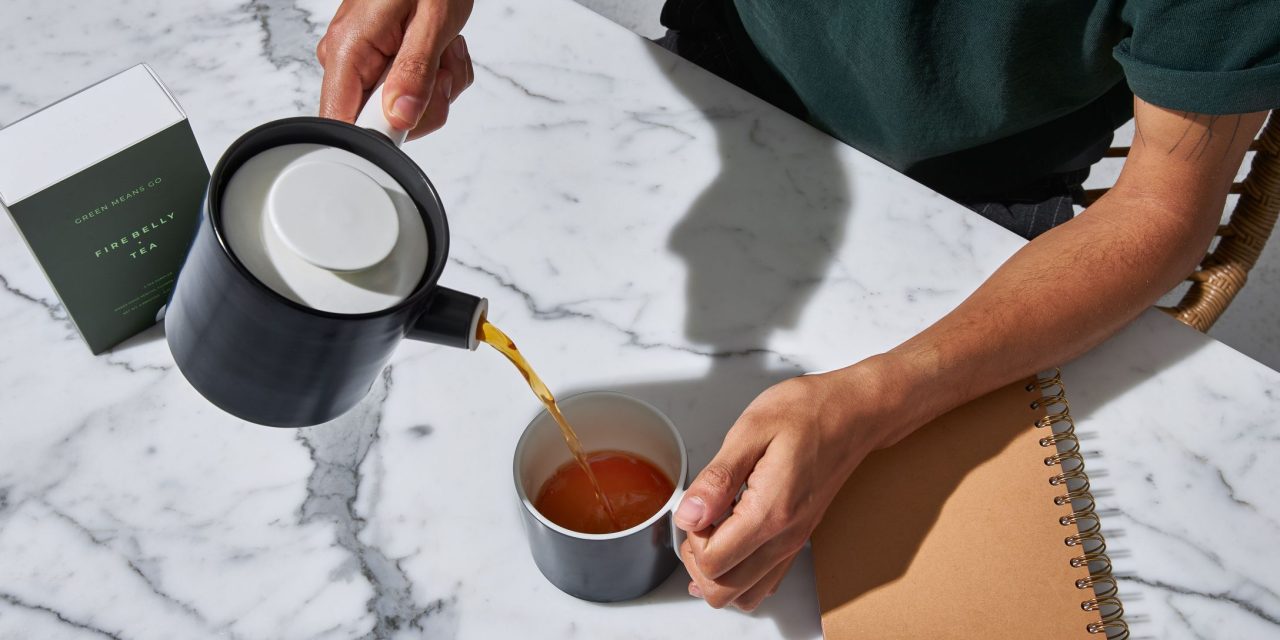 After leaving DavidsTea in 2016, David Segal is today launching his second tea brand, Firebelly Tea, alongside co-founder Harley Finkelstein, the president of Shopify.

In June 2015, DavidsTea went public via an initial public offering and, in March 2016, a DavidsTea spokesperson said Segal was leaving to “dedicate more of his time to exploring other entrepreneurial interests.” In the interim, Segal launched the fast casual farm-to-table restaurant chain, Mad Radish. DavidsTea, meanwhile shut down 166 of its Canadian stores and 44 American stores last year, amid financial struggles and large revenue losses. This year, the brand continues to struggle: during the retailer’s second-quarter earnings presentation, DavidsTea reported that sales decreased 18.6% to $4.3 million in Canadian dollars year-over-year.

Now, Segal is heading back to tea with Firebelly. The brand calls itself a “21st century tea brand” that is “curated to modern living.” Firebelly is launching with 20 tea flavors, seven tea-making accessories and eight gift sets, priced from $15 for a lemon verbena loose leaf blend to $80 for a large teapot. These prices are comparable to Davidstea, as well as other premium players like Harney & Sons or Stash Tea. While DavidsTea still has 24 Canadian store fronts — and, at its height, had over 200 stores — Firebelly will launch solely through a direct-to-consumer brand site and without any retailer partners.

Segal talked to Modern Retail about changing American’s drinking habits, how the role of a store has changed since DavidsTea and the opportunities of e-commerce. This interview has been edited for length and clarity.

Why did you leave DavidsTea in 2016, and what drew you back to the tea game this year?
I mean, we had a lot of fun at DavidsTea, building it. It was a great ride. I’m really proud of the work we did there. We were able to break some of the stereotypes around tea and move the tea industry forward a little bit. But as can happen with large companies that scale fast and go public, there were creative differences and I decided it was time for me to go. I really had no intention to come back into to tea —  it’s been five years I’ve been out — but I love it. I love the product. I love creating tea.

If you look at the past 20 years, we’ve upped our beverage game. When I was young, tequila was… disgusting and I swore in my mid-20’s I would never touch this stuff ever again. Now here I am and I drink really amazing high-end tequila, and the same thing has happened in almost every beverage category but tea.

Can you tell me a bit about your new brand? What does it mean to be a “21st-century tea brand” exactly
I met Harley — who’s the president of Shopify — and he was telling me about how in the afternoon he drinks coffee, and gets jittery and has a hard time sleeping… I decided to curate this tea collection for him and he loved it… We [realized] tea is really a beverage that can fuel creators, entrepreneurs, high achievers, people that make it happen, the rainmakers, but it’s got all these different stereotypes around it. It’s often considered too feminine or for when you’re sick or for hippies.

We want to see really great tea take its place in [broader] American culture. We’ve put an emphasis on design. The tea boxes inspiration was books on a bookshelf. All of our accessories are designed as a cohesive collection with smart design. Something you want to have on your counter, something that doesn’t [take up too much space]. A 21st century tea brand considers 21st century living. [Traditional tea bags] are either spread all over the place… or something that hides in the dark corners of your cabinet. We want to think about storage as much as we think about taste, so the packaging has to function. We’re also one of the first brands to use 100% compostable bags [inside our boxes].

DavidsTea had a large brick-and-element to its business, while Firebelly is launching through a direct-to-consumer site. Why did you chose this online-only model for Firebelly, and what opportunity do you see in e-commerce?
I think the world has changed immensely. The retail store is no longer the point of distribution, it’s the point of discovery. I wouldn’t rule out some kind of retail experience later, but it would be exactly that: an experience [rather than] solely an outlet for you to be able to purchase products.

In 2008, online ordering was definitely a thing, but it wasn’t nearly as simple to order and build a store as it is today. I mean, we had a server room in 2008, that’s how much has changed since then. Right? I mean, we had a whole allocation team to figure out how much product to send to each store and warehouse and those things no longer need to exist. [Now] there’s so many efficiencies in the online model, that we’re able to put all of our energy into design and into product and into telling people about it.

What role do you see tea playing in American drinking and caffeine culture? Could the category ever eclipse coffee and is that a goal of Firebelly?

The goal is: we’re saying to people enjoy your morning coffee, coffee is great, I’ve got nothing against coffee. Enjoy your Friday night drinks, you know, that’s great. But at 2 p.m. have a green tea, have a black tea.

Have a cup of tea when the evening is winding down, eight or nine, or whatever time you’re getting ready to settle down. It also fits in your life on a Tuesday or Wednesday night with friends. It’s okay to have tea… you don’t need to always have an alcoholic drink when you know you have to get up at six o’clock the next morning and make it rain. A lot of tea companies are trying to grow their piece of the pie, but our objective here is to really grow the pie itself.