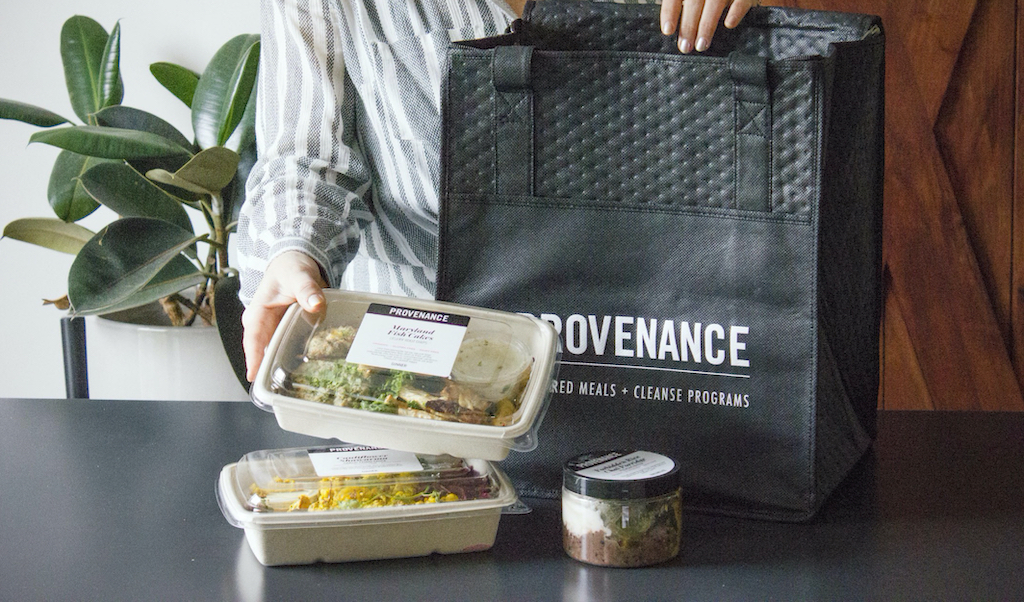 Meal kits are getting a high-end facelift.

The overall meal kit market is set to hit nearly $20 billion by 2027, according to a July 2020 report by Grand View Research, growing at a compound annual rate of 12.8%. Now, up and coming startups — from personalized, health-focused delivery services like Factor and Provenance Meals to chef-led ventures like CookUnity — are finding an opportunity to cater to higher end, more health-conscious consumers. Even bigger companies are trying it out. Freshly, which was acquired by Nestle in a $950 million deal in October, recently launched its own health-focused meal service. The company’s new brand, called FreshlyFit, focuses on customers looking for “carb-conscious, protein-powered and gluten-free” offerings.

These new iterations of the meal kit box are succeeding despite a higher per-portion price point. The high-end and health-focused weekly menus have seen big growth over the last year. And the startups say new and different types of customers are increasingly seeking them out.

Provenance Meals was founded back in 2012, and remained mainly focused on regional delivery in the New York area until the pandemic hit in March. It began to ship select plans nationwide starting in April. Provenance Meals’ rotating menus, which are prepared to heat and serve, incorporate trendy wellness ingredients like adaptogens and bone broth. All the company’s meals are also gluten, GMO and dairy-free.

Over the years, the service gained a Hollywood celebrity following, including actresses Naomi Watts and Gina Rodriguez. But since launching nationwide in the spring of 2020, its niche cohort of customers began to grow and diversify, founder Caroll Lee told Modern Retail. In response to the national lockdown, the company also reduced prices by 20% during the first four months of the virus outbreak, which then became a permanent rate. Provenance doesn’t list rates for the customized plans, but seven-day program runs for around $500, according to Yelp customer reviews. So far, its revenue has doubled year-over-year; Its month-over-month growth peaked in September at 78%, according to the company, and has since leveled out just below that figure.

The next full service expansion of 2021 will be entering the Los Angeles market, including full-service courier delivery, farm partners, kitchens along with a team of West Coast employees (the company’s nationwide shipping is still only limited to select plans). The brand also just conducted its first-ever fundraising effort — a customers-led crowdfunding campaign on Republic — in which it raised over $183,000. The company, however, said it’s been profitable since 2014.

Other, startups are also seeing a boom. Factor — a nutrition-focused meal delivery service that was acquired by HelloFresh in November — was already growing at a 120% year-over-year rate when the pandemic first began. However, the growing appetite for meal delivery helped push the company over the edge and spark interest from HelloFresh.

CEO Mike Apostal told Modern Retail that the pandemic helped crystalize what consumers really wanted out of meal delivery. Currently, Factor’s year-over-year revenue increase is at 280%, and it’s shipping over 200,000 meals per week. Factor’s prices range from $11 to $15 per meal, with customers saving more on bigger orders. The company also has a new facility that’s planned to open soon, which will have capacity to deliver more than $500 million worth of meals every year. “We weren’t for sale but when HelloFresh reached out, we realized our business models were compatible and will help us scale further,” Apostal said.

Three-year New York-based CookUnity, which considers itself a chef-to-consumer meal subscription service, has seen user growth thanks to the pandemic. Over the years the company has positioned itself as an additional source of income for chefs and restaurant owners through its Creators Club program. In the past year, however, it thrived by growing a collection of delivery menus by chefs like Jean-Georges’ Jean-Georges Vongerichten and ABC Kitchen’s Dan Kluger, among others. CookUnity’s model differs from other chef-focused delivery services — each chef and their team physically create and cook their dish themselves, as opposed to licensing their recipes for the service to deliver.

Mateo Marietti, founder and CEO of CookUnity told Modern Retail the demand spike last spring has led to a 30% increase in the average number of meals ordered weekly. “We’re seeing both an increase in healthier options and more exotic and comfort-food options for dinner,” he noted, especially on weekends when customers are looking for restaurant-like alternatives to their previous outings. Prices range from $10.99 to $16 for each meal.

Next, CookUnity will begin expanding nationally to other cities. It also plans to onboard more chefs and open more kitchen facilities following the Brooklyn opening, and the company is currently growing 5X year-over-year.

One of the biggest issues hampering meal kit companies over the last few years, said, Darren Seifer, food and beverage analyst at NPD Group, was the price. “Cost was the main reason consumers stopped using meal kits — and that will continue to be a hurdle for meal kits,” said Seifer. In 2019, analysts estimated Blue Apron’s cost-per-customer to be close to $400; on average, the company loses half of subscribers after their initial trial.

Seifer said that if meal kit manufacturers can’t lower price points, then they’ll need to add value by offering difficult-to-find items to garner loyalty. Some startups have invested in in the past year, focusing on selling exclusive sauces and spice blends over generic ingredient boxes. “Whether meal delivery services can garner enough loyalty to scale within a niche market remains to be seen,” he said.

For companies like Provenance and Factor —  which focus on premium, health-conscious ingredients — the value proposition is the convenience of a ready to eat, nutritionist-approved meals. “Prepared food e-commerce has a totally addressable market that will continue to expand,” Factor’s Apostal said. He doesn’t see the growth slowing down anytime soon. “Once the world returns to normalcy, we’re still ideally positioned to keep growing,” Apostal said.