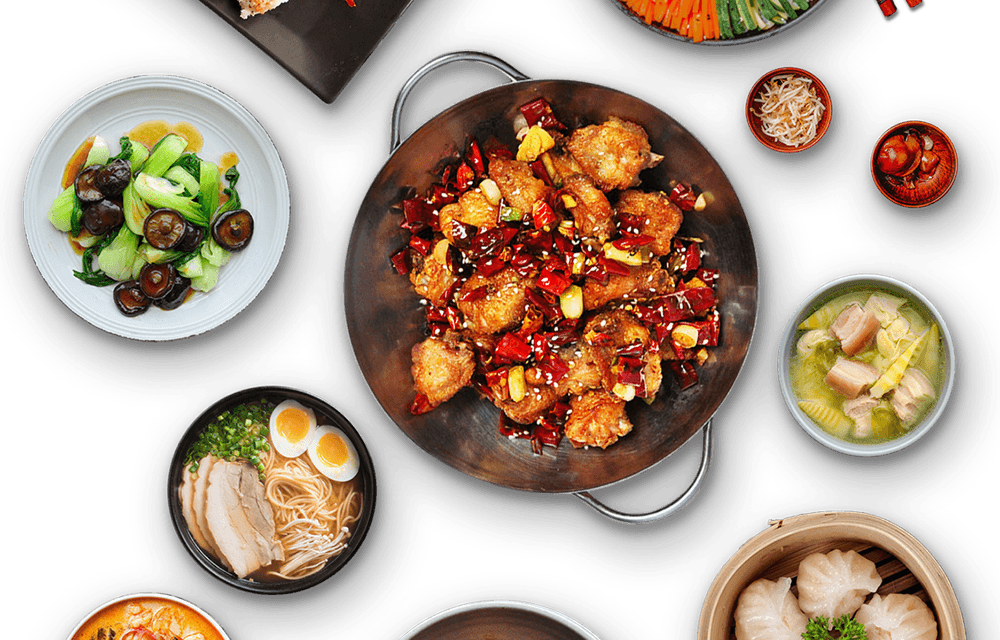 Over the last months, delivery platform Goldbelly has positioned itself as one of the heroes of the pandemic. As restaurants faced dwindling profits and months of closure, many turned to Goldbelly for an out. On its website, the company proudly proclaims itself as “EMPOWERING SMALL SHOPS & RESTAURANTS SHIPPING NATIONWIDE,” among a host of glowing restaurant-owner endorsements. “During this time of crisis, I made a commitment to find at least one reason to be grateful each day. Today it is you and Goldbelly,” writes Beverly Wilpon, the owner of New York’s Ess-a-Bagel. “You are making a difference in our lives.”

Founded in 2013, Goldbelly is a digital platform that allows restaurants to ship chilled, gourmet packaged food anywhere in the U.S.. The dishes often have iconic status — Maine lobster rolls from McLoons Lobster Shack, or Chicago deep-dish pizza from Bartolini’s. A little assembly is generally required: A set of four “burgers au poivre” from New York bistro Raoul’s, priced at $99, arrives with reheatable poivre sauce, challah buns and four patties. All the customer has to do is grill, assemble and serve. (The watercress and cornichon garnish, though warmly encouraged, is not included.)

It’s not hard to see why such a proposition has been a pandemic success story, with millions of new customers. Since many restaurants have been forced to shut, Goldbelly has been ideally situated to cater to the folks at home, particularly those prepared to spend $99 on three dozen pierogi. But it’s unclear happens next, as customers begin to venture out once again. Will the platform undergo a mass exodus of customers — and restaurants — desperate for an in-person experience?

The company told Modern Retail that data says otherwise. Over the past six months, the company has retained 99% of its merchant partners. “There’s a waiting list of thousands of merchants that we want to get on board,” said CEO Joe Ariel, who previously headed Eats.com and Delivery.com. “We’re creating a new incremental revenue stream that doesn’t cannibalize anything that they’ve ever done before, reaching new customers that they’ve never reached before.”

Israeli restaurant Miznon, based in New York, started working with Goldbelly last week, a spokesperson said. “So far it’s been super successful for us. I think it will prove to be a great way to bring in some additional business, and also expose new people to our brand who would otherwise maybe never have a chance to try our food,” the restaurant said. “It’s hard to make any firm decisions about the future these days, but if Goldbelly continues to be successful for us then why not keep it? But it’s hard to imagine what everything will look like once we’re entirely reopened.”

Joe Pozzuoli Jr., the owner of New York’s Joe’s Pizza, meanwhile, did not anticipate remaining on the platform: “We probably will continue with Goldbelly through August at most,” he said. “It was only a courtesy during these difficult times, as many customers can’t travel to New York at the moment.”

While the platform currently has about 600 merchants on its books, it hopes to boost that number to 1,000 by the end of the year. “When restaurants were forced to close their doors, we knew that many would solely be relying on their shipping business,” Ariel said. “As we’re the experts on shipping food across the country, we saw inquiries to join our platform essentially skyrocket.”

That said, its high price point means Goldbelly is outside of the reach of most diners, except for a special occasion. “For the majority of consumers, Goldbelly is not going to be a regular part of their calorie consumption,” said Jason Goldberg, the chief commerce strategy officer at Publicis. “It’s got to be a pretty small niche that have a weekly habit of Goldbelly, it’s more likely an infrequent indulgence for the majority of consumers and that probably limits its overall growth.”

He doesn’t, however, see Goldbelly’s success as being limited to a world under lockdown. “The pandemic accelerated trends we already saw — the trend in food was already more off-premise consumption,” said Goldberg. “To the extent that customers developed a habit around consuming these aspirational regional favorites, Goldbelly should be safer than a lot of other [platforms] in terms of customers not reverting. It’s very possible customers will discover them through the pandemic then continue to use them afterwards.”

What comes next
Goldbelly is banking on customers being just as happy to have the experience of world-class food at home as they are in a restaurant, served at the time and in the manner of their choosing, wherever they happen to be. So are its high profile backers, among them Danny Meyer, the CEO of Union Square Hospitality Group, whose investment group led a $20 million funding round in the retailer in 2018. (Goldbelly acquired competitor FoodyDirect later that year.)

“If you’re a restaurant with a signature dish, or a chef that’s known and renowned, you can’t reach your fans or consumers that don’t live within a couple miles,” said Ariel. “We’re changing all that.” He likens the experience to pay-per-view music or concerts. “It’s not the same as going to see Guns and Roses or whoever in concert, obviously. But there are different ways to enjoy great music or great movies or great sporting events, and I think the same is true with food.”

Unlike local takeout, where diners are restricted by what’s open and what’s nearby, Goldbelly helps bridge the gap between customers and restaurants regardless of where either is located. A significant number of Goldbelly customers don’t live in the five or even ten biggest cities in the country, Ariel said. “But they love food and appreciate food. It’s about folks being able to have top restaurant experiences, who don’t have that accessible.”

At the same time, with travel not expected to return to 2019’s normal for at least a couple of years, Goldbelly also hopes to draw in customers who want a taste of Chicago, Miami, or Tel Aviv, but aren’t prepared to get on a flight as they might once have done. “The number one thing that people love about travel is food,” said Ariel. “To have the most famous restaurants from those places, bring something to [customers], wherever they are — we think, in some ways, it’s the future.”

But with weekend breaks or out-of-state vacations an occasional pleasure for most travelers, it’s unlikely that this would translate to very regular orders, said Goldberg. “That still fits into that that occasional specialty meal,” he said. Someone in Detroit hungering for Memphis ribs might “decide to treat yourself or your family to those ribs once, but you’re probably not going to make it a weekly habit.”

The business may enjoy a slight boost if city-dwellers continue to abandon metropolitan centers for suburbia or more rural areas of the U.S., though it’s likely too early to say how much of an effect the trend is likely to have. “As people are shifting where their home is, the ‘food home’ doesn’t just move just because you relocate,” said Ariel. “It’s where you grew up, or where you live, or what you love.”