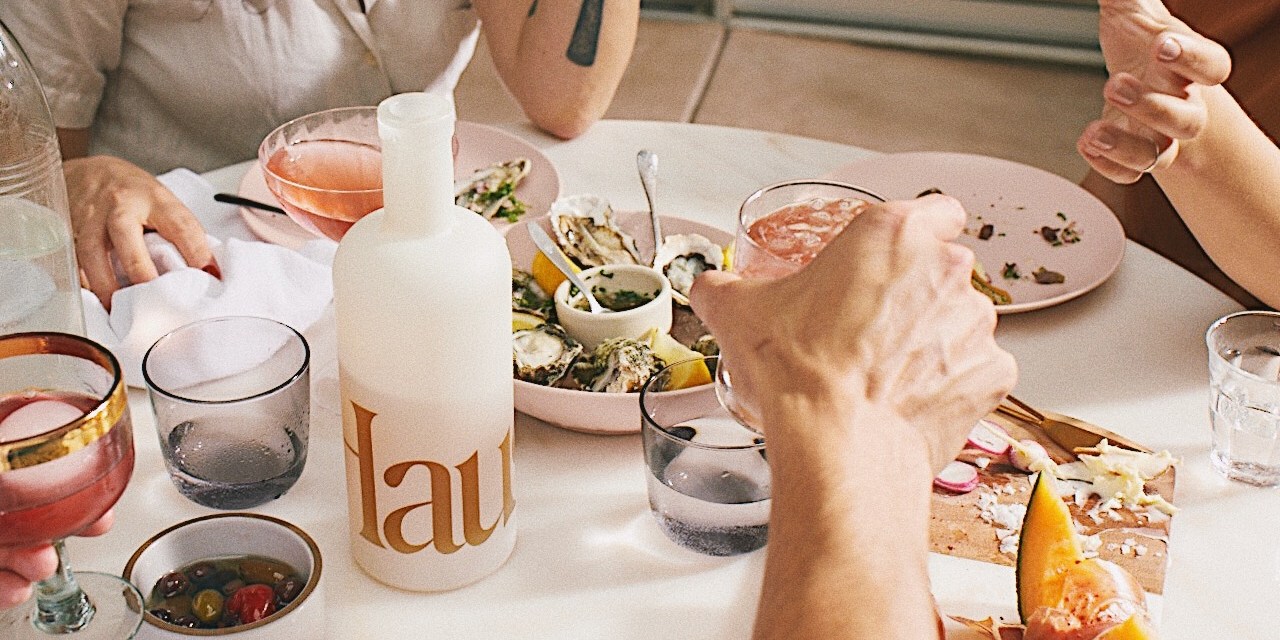 So far, the spirits industry has been left out of the direct-to-consumer boom, thanks to distribution regulations and an insular industry comprised of a web of connections and pay-to-play practices so impenetrable, Helena Price Hambrecht refers to it as the “Big Alcohol mafia.”

Hambrecht is the founder of Haus, a new aperitif brand launching today that will sell directly to customers online. Hambrecht, which has a background at Silicon Valley startups like Skillshare and Uber, worked with her husband and co-founder Woody Hambrecht, a winemaker, to plot out a modern spirits brand using the sourcing, processing and bottling systems they already owned. The resulting aperitif is wine-based, and contains 15% alcohol. It’s launching with a small batch of 2,000 bottles in a citrus and floral flavor, and those on the brand’s waitlist of 6,000 will get first access. Once it’s sold out, customers will be placed on pre-order for the next batch in July.

The brand’s specific formula unlocked the DTC model for distribution. Any wine-based spirit with under 24% alcohol is regulated like a wine, and therefore isn’t bound to the three-tier distribution system (comprised of producers, distributors and retailers) that limits how spirits are sold. Because of its makeup, Haus can be sold online, and it can also open its own physical stores down the road, neither of which traditional spirits brands can do. According to a 2018 report by Rabobank, “only five states allow DTC spirits shipments, with 5 percent of the U.S. population having access to the channel. Shipping laws are so complex and the market so small that common carriers won’t even ship spirits in states that do permit distilleries to ship DTC.”

“You see this approach by some restaurants without full liquor licenses, but no one’s taken advantage of this loophole on the internet,” said Hambrecht. “I could see how completely out of date the alcohol industry was, especially as startup founders were creating new products and figuring out new ways to distribute them and update branding. That wasn’t existent in alcohol because such regulations don’t allow for much innovation.”

Haus is the first alcohol brand to use that loophole to start a DTC business, debuting as a broader trend in alcohol consumption ramps up. As reported by the New York Times, millennials are “sober curious” now, and other spirit-alternative drinks have started cropping up, like Kin, an alcohol-free “euphorics” beverage line. Hambrecht saw an opportunity for a lower alcohol volume liquor to gain mainstream attention, pointing to the success of Aperol, which has 11% ABV and saw sales increase 59% last year, as proof. The brand wants to appeal to people who have intertwined social and professional lives and want to drink, but not suffer the consequences of a hangover so severely.

To target this group, which Hambrecht believes is more a psychographic than a demographic, the brand is borrowing from tried-and-true DTC practices — opening a Shopify store, relying on content and education, opening pop-ups and working with branding agency Gin Lane — to get noticed in an industry where the traditional distribution model would leave an unheard-of aperitif buried in a complicated cocktail’s ingredient list or on a bartender’s back shelf.

“We’re not interested in that route. We don’t necessarily trust bars and restaurants to use our product correctly,” said Hambrecht, who said the model is also inefficient: brands have to spend to “outbound” their product to bars and restaurants on a one-by-one basis. “We want to be where our customer lives. Co-working spaces, hotel chains, tech offices — places where millennials are finding themselves connecting with each other outside of the home but not wanting to get wasted.”

Marketing comes with its own regulations: As an alcohol brand, Haus’s wording has to get approved for every digital marketing campaign, and platforms that gear toward a younger audience, like Snapchat, age-gate alcohol-related advertising and stifle dollars spent. Hambrecht said that the company plans to raise awareness through partnerships with retail partners like Soho House, word of mouth and user-generated content at the outset. Hambrecht said influencers will be part of the strategy, pointing out they’re the exact type of customer — put in social, boozy situations where their behavior is broadcast on Instagram — the brand has in mind.

“I don’t believe we should rely on something like Facebook ads,” she said. “If that’s our main go-to-market strategy, we’re in huge trouble.”

In establishing its positioning as a spirit, the company has put suggested recipes and the ingredients list on the site, and including a how-to mailer in order shipments. When working with outside partners, Hambrecht said she will only agree to sell to people who agree to established terms on how to serve it: in a spritz, on the rocks, or with only a few other ingredients. The brand’s $1 million pre-seed round of funding helped it through launch, while Hambrecht said the next round of funding will focus on its own offline retail strategy.

“We want the feedback. We can have this direct relationship with our customers, which has never happened with a booze company, and we can make a new recipe in nine hours, we can iterate so quickly. That allows us to be really nimble with product launches,” said Hambrecht. “It’s really exciting as someone who has never had the opportunity to know the end customer.”