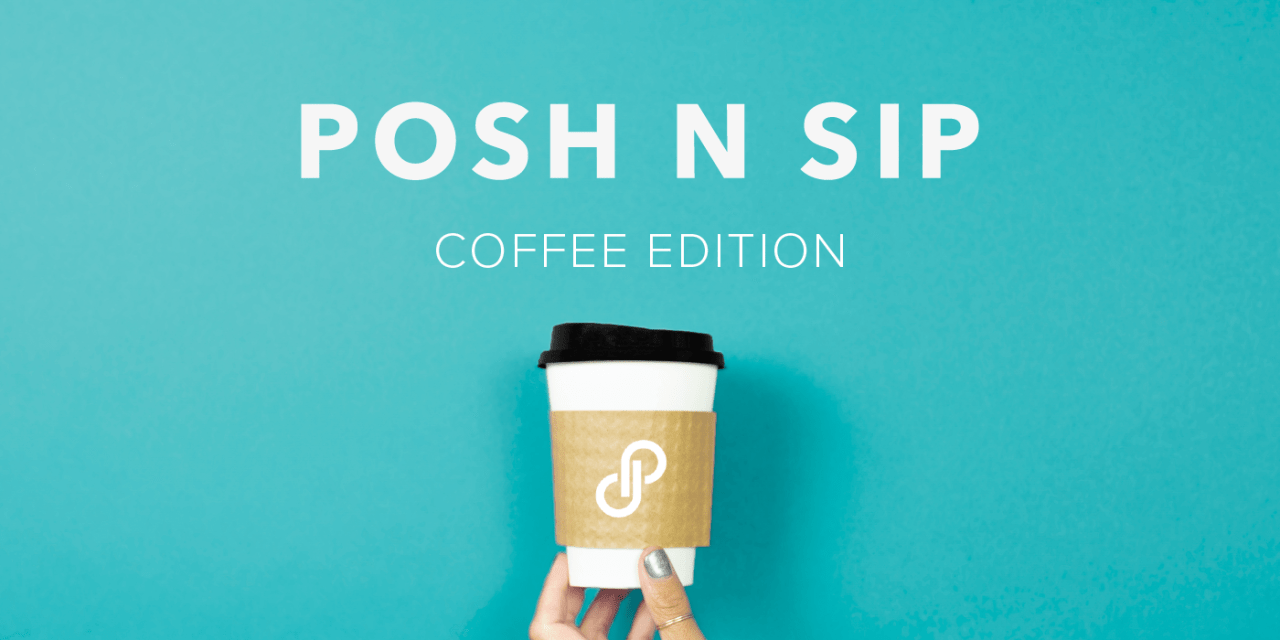 Earlier this year, Manish Chandra joined around a dozen people at a Starbucks in San Jose, Calif. The attendees’ ages ranged from 13 to 68, and they weren’t there just to drink to coffee. All were members of Poshmark — the apparel resale website Chandra co-founded in 2011 — and they were there to talk about selling clothes.

One attendee shared her inventory management technique. Another talked about the transition from being a physical boutique owner to a digital one. Someone else provided tips for good photography. Meanwhile, Chandra and his wife sat to the side and watched. “They all looked at me and I said, ‘Assume I’m not here,'” he recounted.

These local events — known as Posh ‘N Sip — are just one of the ways Poshmark attempts to keep its sellers engaged, and are becoming a bigger chunk of the company’s growth strategy. The platform currently has 50 million registered users and 7 million “seller stylists.” This past September, the company announced that combined seller revenue hit $2 billion on the platform, up from $1 billion the year prior. Loyalty is one of the big things the company has been focusing on — currently 80% of its daily shoppers are repeat buyers, the company said.

They’re facilitated by Poshmark, but most of the work is done by local hosts. They can best be described as one part ’70s Tupperware party, three parts business meet-up. Poshmark sellers come together — usually in groups of about a dozen — and discuss the state of their businesses and the platform as a whole. This year alone, there will be 546 such local events thrown in 38 states. That’s up from 162 in 2018.

Combined with other live events the company puts on, the Posh ‘N Sip are a mix of experiential marketing and influencer meet-up — letting brand ambassadors meet up and evangelize. This local outreach is funded by Poshmark’s community development budget, an offshoot of marketing, and have become a way for the platform to both find and cultivate top sellers and differentiate itself from other resale companies that don’t facilitate such one-on-one events. As a result, the company plans to invest more in this kind of small-scale programming as it continues to grow.

The Posh ‘N Sip vary slightly in format. This past October for example, Poshmark launched the coffee edition. Earlier versions were held later in the day and billed more as happy hours. Sometimes, there’s some structure of content via conversation starters offered by Poshmark, other times the events are just a meetup. Often, the company mails out boxes filled with party-throwing surprises.

Live events have been one way Chandra has focused on keeping its sellers happy. In years past, the company shelled out dollars “in the six figures” region on its live programming. This year, it’s now “in seven figures.” While a bunch of this money goes toward Poshmark’s annual conference, which brings together sellers and other resale industry leaders to discuss the state of the industry, the company still spends over $100,000 every year on helping facilitate these smaller community-run events. “Posh ‘N Sip has been a big event and is super scalable,” he said. “We hope it doubles, if not triples, in the next year,” Chandra added that he expects to see them happen in more than a thousand locations very soon.

The results thus far, Chandra said, have been positive. “The ROI — even financially — is very high,” he said. He was able to see higher retention and “30-80% growth” directly from sellers who attend these events. There’s also a “second-order impact” where these members evangelize Poshmark to others in their communities. Chandra added that while Poshmark does try to quantify the lift of this community outreach, he tries to “balance a numerical analysis with a love-and-heart-based analysis.”

Chandra rarely attends these events — he went to the San Jose one to get some direct feedback and meet the seller community. Small local events have been around since the early days of Poshmark. At first, the company facilitated parties where sellers would show off a few of their items to attendees. Then, the company began using more of its marketing muscle to host events to accrue more users.

In the early days, the focus wasn’t just on the sellers, but on getting people to understand how the entire Poshmark platform worked. This paved the way for the annual PoshFest conference event. “The focus of these events have continued to evolve,” said Chandra. “What started as a way to recruit more eyeballs turned into a way for power users to trade tips. Over the last few years, it became a lot more about education.”

And the company has doubled down with this — providing resources for sellers to help each other out. Meanwhile, the company began to see more engagement from those who participated, which has informed its decision to further scale these events.

The real benefit some sellers see with these events is the ability to trade tips and secrets. “It has an element of that social selling party aspect,” said Florida-based Poshmark seller stylist Kimberly Ryan, who has been using the platform since 2013, “but I would say it’s more of a business workshop.”

Ryan has been attending local events since 2015, and most recently hosted the Posh N Sip coffee edition series. The parties give attendees “the ability to go and learn from a power seller,” she said. “Online selling is constantly evolving and people what know what are the trends.”

The next year is an important one for Poshmark and it’s growth. Last April, the Wall Street Journal reported that Poshmark was doing the initial work for an IPO. But this past September, those plans were reportedly delayed. The reason likely had to do with the cooling resale industry; The Real Real, which went public last June, has had a turbulent fall and winter due to reported issues with the platform.

Still, this is an area of growth. “There are more consumers who are entering the resale market — both as sellers and as buyers,” Neil Saunders, managing director of GlobalData Retail, told Modern Retail last July. “It is most certainly growing at a very rapid clip.”

And what may be hampering resale from scaling is a general understanding of how these programs work. With these kinds of events, said Jessica Ramirez, a research analyst at Jane Hali & Associates, “you’re educating people — it’s basically a live case study.” What’s more, meeting other sellers adds an element of trust. “There’s a confidence, a sort of bond that can be formulated there,” she said.

For Poshmark, it believes growth rests on being able to offer these more personalized events — especially for the sellers who keep the platform running. “This provides a unique value to the community,” said Chandra. While the company is investing its own money in devising these events and sending out resources, what keeps them going are the hosts and attendees. Whatever the company invests in helping facilitate these small meet-ups, said the CEO, “the community is probably putting twenty times that in time and resources.”