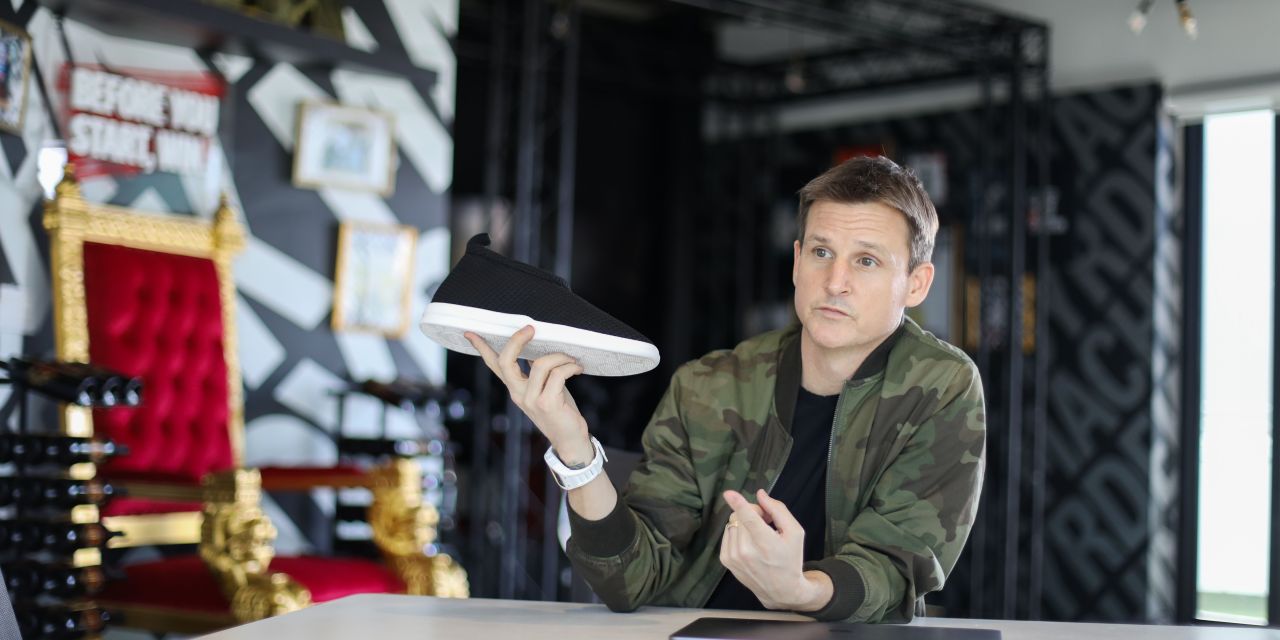 Skateboarding star Rob Dyrdek founded his first company when he was just 18 years old. His ties in the skating world led him to launch of brand of trucks, which are like axels on skateboards that hold the wheels; he hand-sketched the logo and named the company Orion after reading about alien conspiracies.

Dyrdek Machine launched in 2016 as a “venture creation studio,” working with a variety of brands ranging from CPG snacks to filtered shower heads to premium-priced footwear and more. The model provides not just capital injection — it’s given a total of $30 million in support to 18 brands so far — but business strategy support for the founders. Dyrdek, in addition to putting his own funds into investment rounds, essentially operates as a co-founder, meeting and working directly with the companies from conception through launch through the so-called “valley of death” as they find their footing.

He spoke with Modern Retail this week about the kind of startups that catch his eye, why knowing the customer acquisition channel is key to early growth and why he’s putting his own millions into some of the Dyrdek Machine startups at a time when the cost of capital is rising. This interview has been edited for length and clarity.

What type of products or segments are you most interested in being a part of?
I’m pretty agnostic when it comes to product. It’s really about finding whitespace in a market. And whitespace comes in so many different, unique ways. 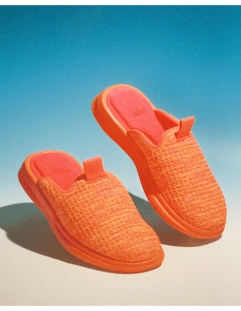 We have a comfort footwear brand Lusso. We saw how big Crocs, Uggs and Birkenstocks are as a core three of ugly comfortable footwear, right? $3.6 billion sales by just those three! So we were like, there’s not an actual premium offering of the same sort of look, that’s this sort of bulbous ugly shoe. That’s when we launched Lusso Cloud, which is essentially our premium version of comfort footwear, and that’s what led us into the footwear genre.

Another big one we launched recently was Jolie Skin Co. We saw how weird it was that this $50 billion skin and hair care market doesn’t even contemplate how dirty your water is that your beauty routine off with in the first place. It was fascinating because even filtered showerheads was a relatively small market at a billion dollar market cap. And it was risky because it’s like, “Well, maybe people just don’t want to go through the process of filtering their water.” But when we launched the company, we built this thing on the site where you can put in your zip code, and see all the contaminants in your water where you live and what it did to your skin and hair, and how the filter would reduce it or stop it. And we really made the market with that product.

It was real whitespace in the sense that it’s dangerous, when it’s really small in size and leads you to believe there just isn’t a consumer there. And that was one where it was like, “No, it really connected with the consumer, because it’s something they just have never thought about.”

How do you decide which founders and ideas are worth working with?
We try to find founders that have general knowledge in how the engine of a company integrates and works together. [People] that have gone through managing and building a company, and have had touch points in those before so we’re not building — even though we do it from time to time — first-time entrepreneurs, because of how significant the learning curve is. We actually like to say we’re seeking out experienced entrepreneurs’ magnum opus. All of their experience has led up to this point and brought them to creating this idea.

In prior interviews, you’ve referenced “the valley of death” that a startup faces. Can you share what that means to you, and how you and Dyrdek Machine shepherd them through that process?
One of the big trials and tribulations of the the Valley of Death is, everybody thinks they’re going to launch a DTC brand. You launch and you have no idea how to acquire and convert customers, you get a consultant to who can tell you how they did this brand and that brand … and then you try to spend with them and it doesn’t work. Then it’s like, “Oh, should we try retail?”

For us, we look at the entire business as an omnichannel strategy, always. Where are the first places that it’s going to go, and where is product market fit going to be found? Because, figuring out a business that’s digitally native that lends itself to acquire customers and have committed customers, is a completely different type of product than a type of product that can be discovered at retail. For something like [superfood-based snack bars] Mindright, it sells better at retail. Something like Lusso works better on an omnichannel level because it can convert on both fronts.

Jolie and the filter showerhead is so much more built for direct-to -consumer because the lifetime value of a customer is so significant. You sell the hardware but then the shower filter is on subscription every three months. And what makes that particular business so special and interesting is getting someone to install the showerheads is high friction. But getting them to take it out, is then even higher friction. We’re literally seeing the smallest amount of churn I have ever seen in a subscription business.

What are some of the biggest challenges that founders and investors are facing in this moment of high inflation and raising costs of capital?
If the fundamentals of young company are not sound, and there’s not a clear growing path towards sustainability or sustained growth, it’s going to be really hard for you to get money. Getting the type of money where it’s just like, “Hey, we’ll throw some money to see if you guys can make this work,” I think that’s really, really tightening up at the lower stages. And then, at the bigger stages, there’s just not going to be the same amount of money for you to keep pivoting like there was.

Now when you talk about inflation and how it relates to consumer spending and where you land in that world, it’s going to get real murky. Now you’re wavering in supply chain issues and cost of good issues and all these things that affect the pricing of your product and whether or not you should be adjusting it in order to create the value at the right price for your consumer. It’s no man’s land right now. It’s a difficult sort of proposition to sort through. So I go back to this: there’s never a bad economy for the right idea with the right economics for the right consumer.

What else are founders thinking about trying to raise capital in this climate?
If you can build a sustainable, profitable business that you can turn the spend lever up and down and control in order to scale, that’s the only place that’s really going to be getting money outside of super-innovative, $10 billion market opportunity type of scale. I think that big money, for the mega-disruptors, will be there. It’s really the CPG products and the stuff that’s more capital intensive and has less scale is going to be the world that suffers the most, when it comes to being able to raise capital in this climate.

Rather than have any of my companies even go in and raise money in this round — I have so many in this gray zone — I just financed them all. I committed $5 million to Lusso, a million to this round of [superfood-based snack bars business] Mindright, a million to [Black-owned beauty brand] Deon Libra and our stress care line. The strategy for all of these is using that capital to get into this much more sustainable, clear, profitable zone so it’ll be easy for us to raise growth capital in the next year, when it’s going to be so much more difficult.

In this climate, I would rather make sure that we get all of our businesses into the pure path to profitability and sustainability before even going out to market again, because we would just be wasting time and energy. I would rather at this moment in time, with this core group of portfolio, just commit the money myself, because I know it’s essential to its long term potential and growth.