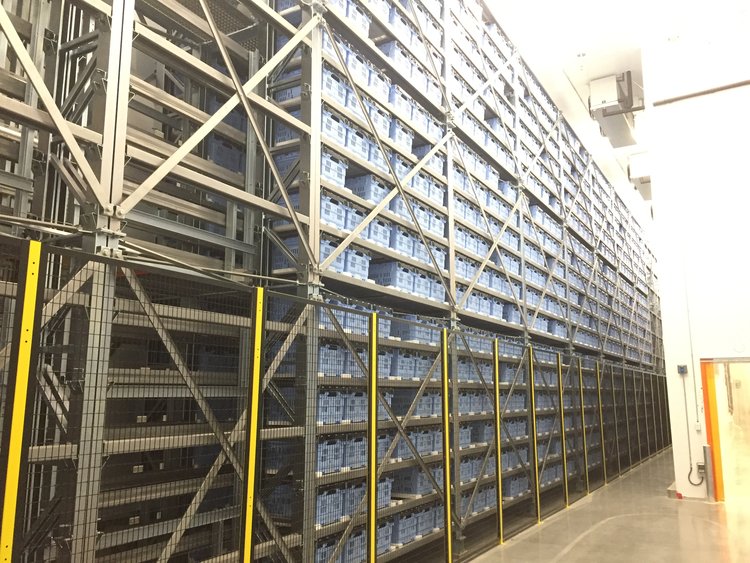 Robots — and robotic technologies — have for years been considered a retail panacea. The automated technology would fix inefficiencies seamlessly, they’ll take away boring, mundane tasks for humans so they can do more sophisticated jobs, and they’ll solve for issues in everything from delivery to logistics.

The reality, however, is a little more nuanced. A number of highly anticipated startups have raised gobs of cash with the promise that they will utilize new kinds of automated technology, which in turn will make their unit economics better than competitors. The two biggest names in the space are robot pizza maker Zume and robot barista Cafe X — both of which have sputtered recently.

However, the real use of robots in retail isn’t in replacing humans. The real action in retail robotics are programs that live quietly on the periphery of retail spaces, built by companies like Ocado, Takeoff Technologies and Alert Innovation, which partner with big names like Walmart and Albertsons to more seamlessly facilitate e-commerce order fulfillment.

Robotics in retail, said eMarketer principal analyst Andrew Lipsman, “is very unlikely to have a profound impact on the consumer experience — generally speaking it’s not there.” Where this kind of automated technology is thriving, however, “is on the backend and logistics side.”

The reality after the VC storm
Two recent implosions highlight the robotics disconnect. Robotic pizza maker Zume Pizza, which had raised over $375 million in venture capital, announced it was cutting more than half of its staff and significantly changing its operations. Another robotic startup in the coffee space called Cafe X has shut down its San Francisco locations and laid off its workforce.

For these kinds of companies, automation and robotics were considered a game-changing feature — one that would theoretically help them overcome the traditional hurdles of low-margin food retail operations. Venture capitalist took the bait, but are now beginning to see that most of these businesses still have much higher margins than a piece of software.

But the amount of money required to get these programs running was much more than any average food retail store would ever cost. Zume cash burn was as much as $10 million a month, reported Bloomberg. Cafe X had raised $15 million only a year ago, and reportedly asked employees to take two weeks off of work in order to save money.

“We’re going through this rationalization,” said Lipsman. Investors are beginning to ask questions like how do these businesses scale? And whether the technology does help the baseline unit economics. What businesses like Zume and Cafe X likely prove, Lipsman said is that robotics “may not drive such cost efficiencies down the line.”

Robots on the other end
Despite this gloom and doom, there are some startups with healthier prospects. Companies like Ocado, Takeoff Technologies and Alert Innovation work in the supermarket fulfillment space. They essentially build either warehouses — or micro-warehouses inside existing stores — for online fulfillment. And instead of having a fleet of humans grabbing items for online orders, they use robots, which theoretically make the entire order picking and overall fulfillment process more efficient.

What makes robotics in fulfillment slightly more viable than consumer-facing robots is that it aims to solve a very real problem grocers face: online orders are on the rise, and they are much less profitable than brick-and-mortar sales, if not entirely unprofitable. Amazon has made the idea of ordering products online and having them delivered in a day a consumer expectation — and smaller retailers are being forced to offer similar services and figure out a way to make the economics works.

“You need the economics to make last-mile [delivery] work,” said Takeoff’s co-founder and president Max Pedró. Grocers, he said, are looking for “a solution at scale.” And, “it needs to be ready now.”

Big retailers are already investing in these programs. Albertsons, for instance, has formed a partnerships with Takeoff to build out micro-fulfillment centers in its grocery stores. Walmart too has trialed technology built by Alert Innovation. “There’s a lot more demand than there is supply,” said Alert’s vp of sales and marketing PJ Stafford.

The threat of obsolescence is driving much of this innovation. Amazon is making investments in the grocery space — both with Whole Foods and its new store due to open in LA this year. Meanwhile, it’s own e-commerce fulfillment programs have become increasingly dependent on robotics. The company currently uses more than 200,000 different types of robots in its warehouses, according to Recode.

As Amazon’s ambitions scale, more consumers will begin expecting online grocery fulfillment. If other grocers aren’t able keep up, most of those sales will go to the e-commerce giant, said eMarketer’s Lipsman; “you have a lot of big players that have to navigate that transition.”

Much of the early robotics programs, said Lipsman, were “a solution in search of a problem.” And many of the startups, he went on, relied on “some novelty effect.” Still, changes are afoot — but they’re happening in the periphery. Instead of a robot serving you coffee, it’s instead picking your produce in a backroom and putting it into a box. This tracks with changing consumer preferences, as well as aims to solve a retail profitability crisis.

Another aspect is that these new programs need to solve problems now. Retailers are looking for technology partners that will improve margins. The companies offering solutions today, said Pedró, “are where the real game-changing transformation in robotics is happening.” He went on, “it’s not with shiny object that might be ready five years from now.”