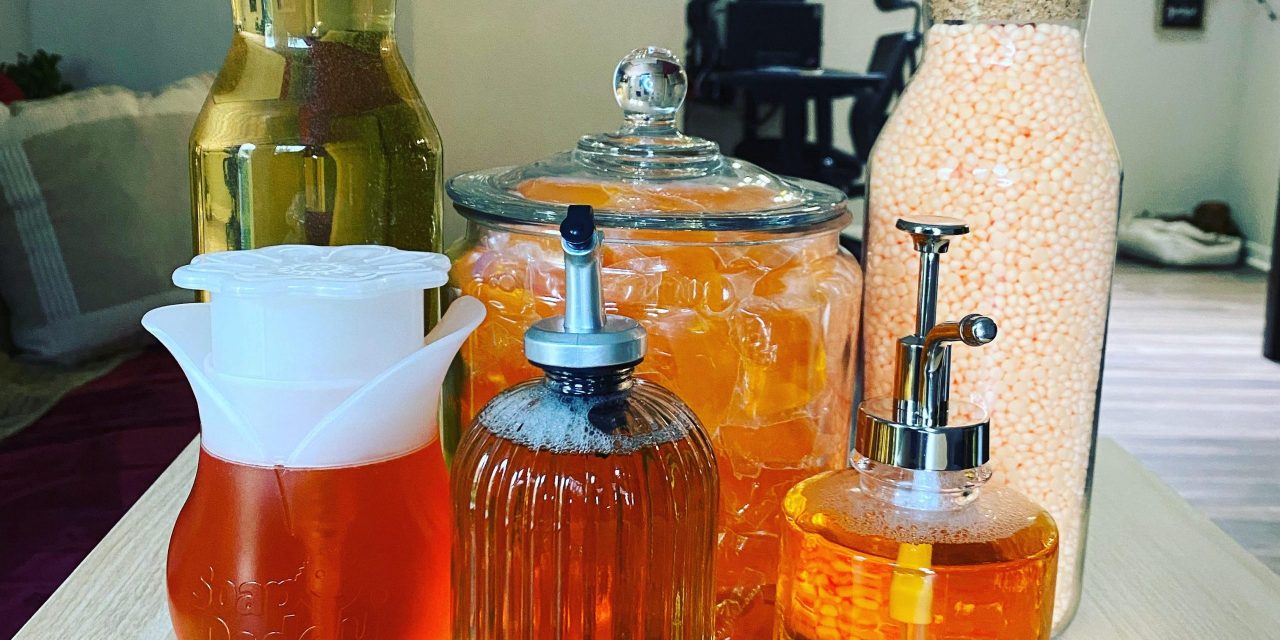 Brands are embracing one of TikTok’s latest trends: restocking.

The restock hashtag on TikTok is filled with videos of organizing influencers moving products from their initial packaging to more aesthetically pleasing jars, shelfs and containers around their homes. A unique mix of sonically soothing ASMR and visually satisfying organization, the trend has 3.6 billion collective views on TikTok. TikTok acknowledged the trend for the first time in a blog post last month, though restock videos first started gaining traction early this year.

Now, small businesses and major CPG brands are getting into the restock game, creating their own refill content or investing in influencer partnerships that feature their products. It’s the latest example of how brands are using TikTok, by trying to quickly jump on a trending video format, often with the help of influencers.

Since TikTok has taken off — TikTok had 80 million active daily users as of 2020 — brands have increasingly embraced the platform. However, it’s not enough to simply have an account: to gain traction on TikTok’s ForYouPage hub, brands have to invest in trending and TikTok-native content. Food brands often play to viral recipes, while skincare brands tap into TikTok’s love of certified experts with dermatologist influencers, for example.

In order to jump on the restocking trend, larger companies have partnered with influencers to get their products featured in these influencers’ restock videos

Walmart partnered with influencer Catherine Benson or @_catben_ for a video posted to both Benson and Walmart’s feeds featuring a Walmart shopping trip and grocery restock. Benson has 6.5 million followers and her post received 215,000 likes.

Stephanie Quinones or @itsfefii7 has over 600,000 followers and 10 million likes on TikTok. Her most popular videos on the platform — driving tens of millions of views and millions of likes per video — are restocks.

“I think people get boosts of motivation and satisfaction from watching the organizational patterns, colors, and shapes that come from structuring certain items in the same way,” said Quinones over email. “They love the tidiness, the no-gaps, and the perfect fits.”

She added that the sounds of the videos, “every crinkle or tap,” are also important to followers’ enjoyment.

Rachel Tipograph, founder and CEO of e-commerce analytics platform MikMak, said her clients — which consumer packaged goods brands like General Mills and Hershey’s — have increasingly seen the value of the trend.

“Brands have gotten way more [in tune] when it comes to seeing what’s trending… and then hopping on the bandwagon,” said Tipograph. “We’re seeing [brands’] organic social teams start to adopt these tactics. But also all of our customers heavily invest in influencer marketing, because it works.” General Mills brands Cheerios and Chex, for example, tested out some pantry restock videos during Black Friday promotions last year.

For smaller brands, one of the benefits of jumping on restock videos — and being active on TikTok more broadly — is that it allows them to reach a national audience. And while they might not have the same money as a national retailer to shell out money on influencer partnerships, they have found their own ways to go viral.

Melissa McCollum, owner of franchised toy-store Learning Express Toys of Birmingham, views the restock trend as a natural extension of the oddly satisfying trend that went viral on social a few years ago. Her brand has a wide mix of content on its social media page, but tries to put out an ASMR-focused restock video at least once a week. These videos feature employees putting colorful toys into store shelves and emphasize sounds like plastic crinkles or objects dropping into plastic containers.

“We got lucky going viral with one ASMR video, and discovered that our followers enjoy that kind of content,” said McCollum, adding that “they do not all go viral.”

McCollum said that the brand launched its account during the pandemic to have a fun way to show off fun products and bring national name recognition to the brand’s Birmingham, Alabama location. The brand’s account now has 2 million followers and 20.1 million likes, and its most popular video — a fidget toy restock — accrued 53 million views and 4.4 million likes.

For Deanna Taylor-Heacock, the founder of Good Bottle Refill Shop in Maplewood, New Jersey, the trend was a no-brainer. Her company offers a wide variety of refillable home cleaning and body wash products as well as glass bottles that appeal to TikTok’s restock subset.
“TikTok has been a big sales driver for us for orders that we ship across the country,” said Taylor-Heacock. Like McCollum, Taylor-Heacock said that the restock videos have helped get her company’s name out “beyond our New Jersey customer base.”

MikMak’s Tipograph thinks TikTok trends like these are increasingly important for brands’ bottom lines. Across categories, TikTok used to drive less than 1% of shopping traffic, but now drives 10% of traffic and outpaces Pinterest and Snapchat in attributable sales, according to MikMak’s data. A mix of both brand-created content, as well as partnerships with influencers who can act quickly on trending video formats, are key to success on TikTok, said Tipograph.

“We’ve finally moved beyond the age where are brands trying to take their television commercials and shove them to social.” said Tipograph. “They know that that type of content doesn’t resonate and that their best guess at what will work is actually based on user-generated content [like restocks].”

To learn more about brand marketing on TikTok, read Modern Retail’s latest guide on it.