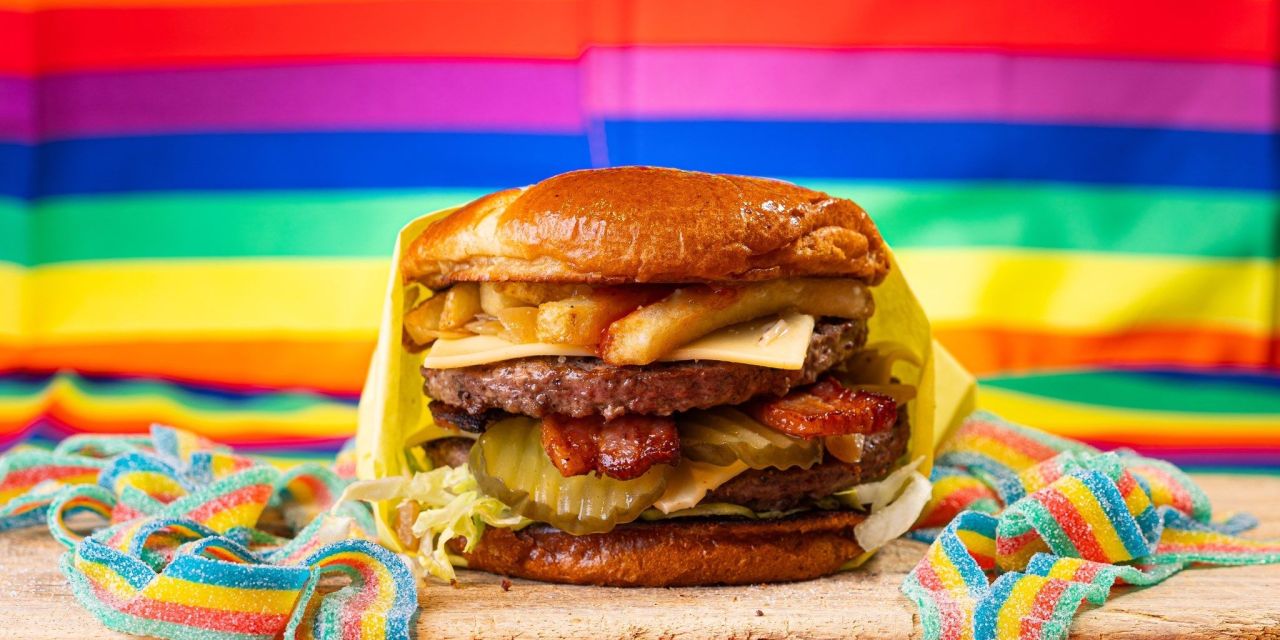 For a brief moment in February, an unknown food brand called Gay Burger — which featured dishes with names like “Beef Me Up Scotty” and “Love Me Daddy” — went viral on Twitter.

Thousands of users tweeted about it on February 9 and 10, the week it launched, and the company trended in the number four slot across the U.S. Gay Burger, a delivery-only restaurant available on Uber Eats and DoorDash, cropped up largely out of nowhere, and it didn’t have the backing of any large food companies: a YouTuber named Elijah Daniel, plus an entrepreneur named Katia Ameri, had come up with the idea a month earlier. Buoyed by Daniel’s following of half a million fans and a series of “be gay, eat burger” memes, the brand briefly took over Twitter. According to data provided by Brandwatch, 12,500 people mentioned the brand on Twitter on February 9, its peak day.

Within a few days, Gay Burger’s viral moment passed. Now, the brand is no longer operational. Its brief peak resembled the product drop approach of a big brand like Supreme, where a limited number of new products are offered for a short window of time in order to build buzz.

More and more retailers and fast-food chains have attempted to copy that approach, most successfully during the chicken sandwich craze of 2019. But the rise of ghost kitchens has made that model accessible even to individual influencers. Ghost kitchens like Gay Burger — which have the spontaneity and sense of humor of an internet meme — are rare. But its success points to a future in which pop-up virtual restaurants might frequently appear, then disappear, on third-party delivery apps.

“Gay Burger was quite a success because there was zero marketing spend,” said Ameri. “Our L.A. kitchen a couple of times had to stop delivering because they ran out of ingredients.”

According to Ameri, Daniel first floated the idea for Gay Burger in January. “It kind of started as a joke,” she said. The two of them lived together, along with several others, in a hacker house — essentially a space for creators and programmers to test out different tech-adjacent projects — and they were brainstorming new internet-oriented experiments.

They called a friend at another hacker house, House.AI, who had been working to create their own ghost kitchen company. That friend had connections to a few restaurant owners, who agreed to work with Ameri and Daniel. Within a few weeks of the initial joke, Gay Burger was live in three cities. Ameri said that their partners included restaurants in New York, Los Angeles and San Francisco, two of which already specialized in burgers.

Melissa Wilson, a principal at Technomic, compared the concept of a made-to-go-viral ghost kitchen to a limited-time dish from, for instance, a fast-food chain. “When restaurants start putting together limited-time offerings to drive business, some of them are very unusual concoctions that are trying to drive buzz,” she said. She pointed to KFC’s Double Down chicken sandwich, which uses two strips of fried chicken as the patties. “They drove a lot of traffic with people going to try it,” she said.

Some establishments have leaned into that approach: restaurants like Mission Chinese and Momofuku, for instance, have generated buzz over the years for various short-lived yet highly publicized pop-up restaurant concepts. And in recent memory, more internet-oriented groups like MSCHF (now best known for its Lil Nas X devil shoe collaboration), brought the product drop model to fast-food chains like Dos Toros. Now, the ephemeral approach is moving to delivery apps.

With the launch of Gay Burger, Ameri said she was hoping to test whether ghost kitchens could plausibly represent an alternate revenue stream for YouTube and TikTok creators, many of whom are looking for ways to monetize their accounts outside of just ads or product placements. “Virtual kitchens are a super interesting space because we’re starting to see virtual kitchens and food enter the creator stack,” she said, especially as more traditional types of merch “get[s] more saturated.”

It’s a mad dash for social commerce. Influencers are increasingly turning to companies like Shopify, which is building out an influencer program, in order to sell products to their followers. Meanwhile, bigger-name celebrities have for years launched their own restaurants and food brands, from Wahlburgers to Trejos Tacos to Maria Sharapova’s Sugarpova candy line. But opening a full-scale restaurant requires a significant time and financial investment. Other celebrities like Tyga and Mariah Carey have partnered with a company called Virtual Dining Concepts in order to build their own delivery-only restaurant brands.

Wilson said she was skeptical of the idea that ghost kitchens could ever represent a significant revenue source for creators, given the low margins associated with food sales and the added factor of either the delivery cost or the cut taken by third-party apps (which can claim as much as 30% of the profits). “What we’re hearing consistently from people is they view it as incremental revenue,” she said, referring to celebrities and entrepreneurs who start ghost kitchens as side ventures.

If meme-able ghost kitchens brands do catch on, said Wilson, one lingering question remains how sustainable they can become. It isn’t hard to imagine why someone might buy from Gay Burger or MrBeast Burger a first time — “you have the niche ones that pop-up, and people will order and try it just because it’s fun,” she said. But Wilson said she wondered whether any of these brands can really draw repeat customers at a sustainable level. She pointed to MrBeast Burger as an example. “It literally rolled out to 300 locations in a weekend,” she said. “It’s creating an instant chain, and that’s a huge shift in this whole model.” But ultimately, “what’s unknown is the longevity.”

That reality, at least, might lend a bit more credibility to a pop-up model.