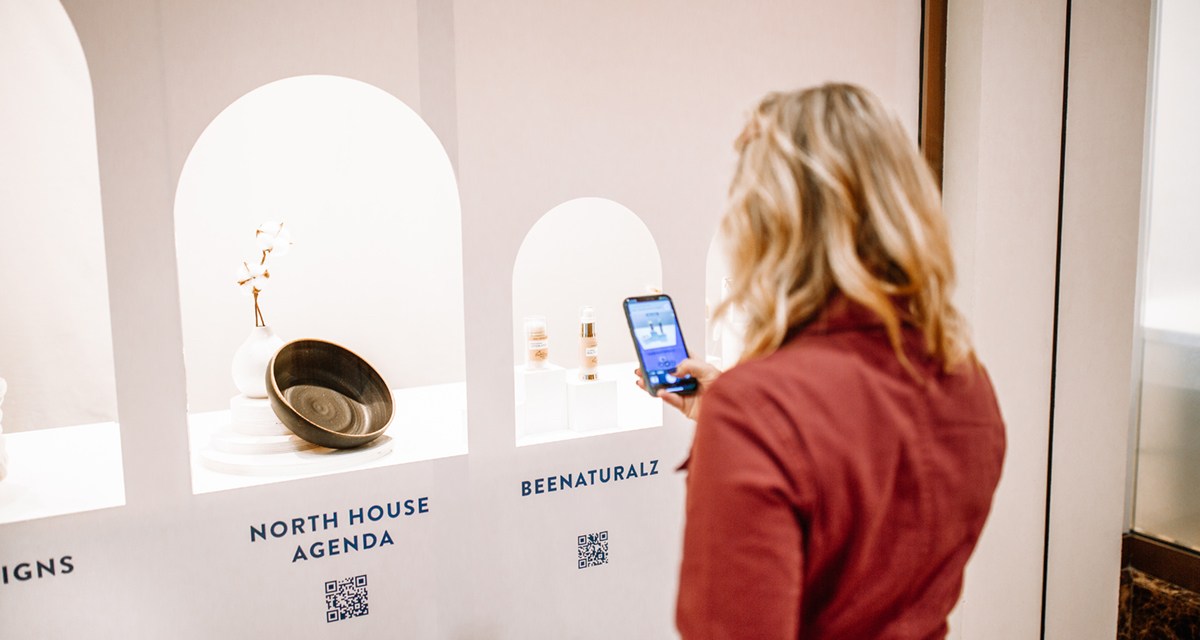 Local holiday pop-ups are getting a digital facelift.

These seasonal markets have been a winter staple of malls and city centers for years. Malls have been known to turn storefronts that otherwise would have sat vacant into winter wonderlands, hoping to attract tourists. Small businesses that can’t afford downtown real estate often use holiday markets to reach new customers in person.

But this year, holiday pop-ups look a little different. While some places are still moving forward with in-person events, other companies are instead turning their pop-ups into online marketplaces — either because new pandemic restrictions have made in-person events all but impossible, or because they are betting most shoppers will still want to do their holiday shopping online. The challenge is that not all of the businesses who typically sell through holiday markets are equipped yet to sell online. In order to help small business navigate this new landscape, some physical markets are pivoting to digital, while at the same time a new crop of businesses are popping up to help small businesses sell in more places online.

“Small businesses have been in a world of hurt,” said Chris Walton, a former Target vice president who recently launched UrbanRooster Shop, a website that allows people to shop from a dozen-plus Minneapolis small businesses. “This time of year is especially hard for them because holiday pop-up shops, and holiday in general represents a big portion of their business.”

Holiday markets have been preparing for the fact that coronavirus cases were likely to rise in the winter. Chicago’s Christkindlmarket announced in October that it wouldn’t be opening a physical market this year, with the event organizer telling the Chicago Tribune that the market wasn’t feasible this year because many of its vendors typically travel from Europe for the event. Instead, the Christkindlmarket opened an online marketplace, featuring 40 of its vendors.

Finding online customers
Mollie Windmiller, the founder of Minneapolis-based creative agency Lab MPLS, had been working with area mall Galleria Edina to open a pop-up called Holiday Reimagined, featuring 44 small business in time for the holidays. Windmiller had hoped to make the pop-up as contactless as possible by requiring people to make a reservation to attend the pop-up, and placing QR codes next to product displays which people could use to learn more about an item and buy it directly from the businesses’ website. But in mid-November, Minnesota Gov. Tim Walz ordered restaurants, bars and gyms and other businesses to temporarily close for in-person services due to rising coronavirus cases.

While retail shopping was still allowed under Gov. Walz’s new order, vendor fairs were not, which the Holiday Reimagined event fell under. Even before Gov. Walz’s issued the new executive order, Windmiller said Holiday Reimagined organizers had discussed how with Minnesota’s rising coronavirus cases,”it felt wrong to encourage people to come together.”

The window display for the pop-up had already been put up, and that will remain standing even as the event goes virtual. The hope is that shoppers who are still visiting will stop to check out the window display, and use the QR codes to learn more about the local businesses.

Holiday Reimagined is an extension of an annual pop-up event that Lab MPLS has put on for the past five years called The Collective. Thanks to that event, LabMPLS has put together a list of email subscribers, and Windmiller said that Lab MPLS has been sending out an email each week to subscribers, highlighting the different local businesses as well as content created for the event like holiday playlists. Windmiller said her organization also put together online gift guide featuring the businesses, which is being promoted on Lab MPLS’ website as part of the effort to take Holiday Reimagined virtual.

“This has been incredibly successful for the members of the Collective,” said Windmiller, but declined to share specific sales figures. She said Lab MPLS is still waiting to track in the coming weeks how many sales come in through the QR codes and Lab MPLS’ other digital marketing efforts, before determining how the virtual offering stands up to Lab MPLS’ previous physical pop-ups.

Building out the infrastructure
Walton said the biggest challenges for many markets in going virtual is the fact that many of the small businesses who sell through holiday markets typically are not equipped to sell online. Even if they did finally create an e-commerce website this year because of the pandemic, they may not be equipped to sell both through their website and another online marketplace. “The trickiest part with seasonal pop-ups is always inventory management,” said Walton.

That’s part of the challenge UrbanRoostershop is trying to solve, which Walton and his co-founder Anne Mezzenga launched last month. Currently, Urban Rooster Shop features products from just over a dozen Minneapolis businesses. All purchases can be made directly from the Urban Rooster Shop site. But the startup has built a proprietary software system to pass the orders along to the small businesses that sell through its site. “That way you are handling the same pool of inventory day in and day out,” said Walton.

He added that before small business think about selling through any virtual holiday markets or other events, “first and foremost you have to have a great online experience,” he said.