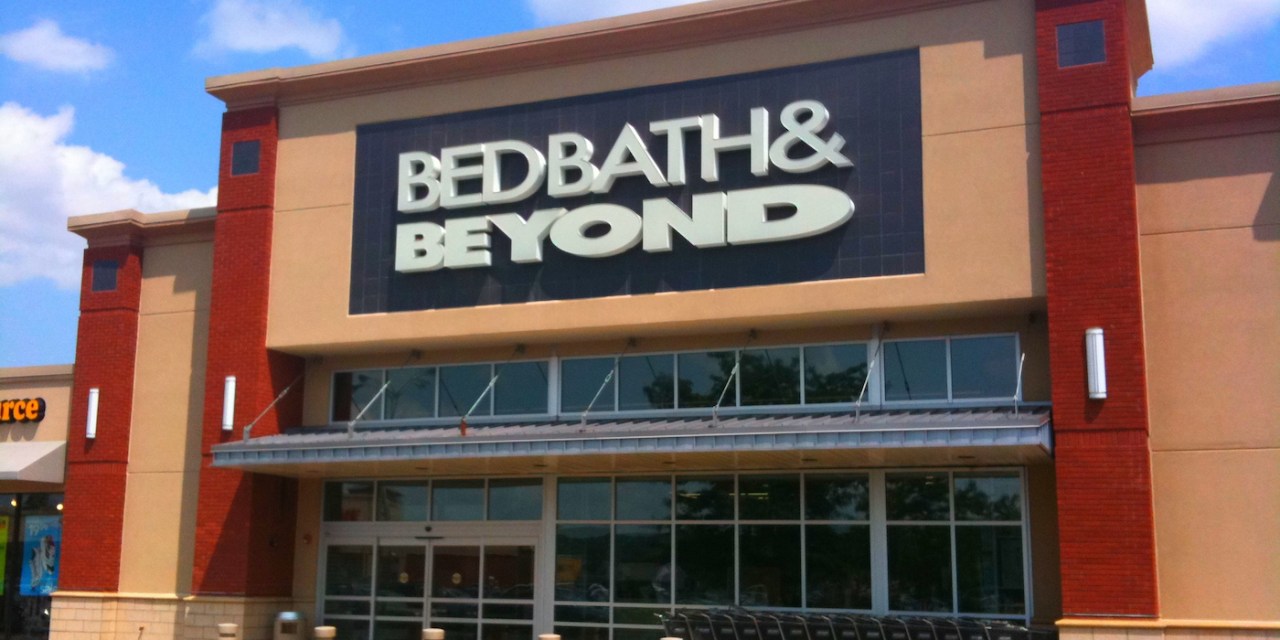 Home goods are the wind in many retailer’s sails right now.

Before the coronavirus, Bed Bath & Beyond had reported nearly four consecutive years of same-store sales declines, culminating in CEO Steve Temares stepping down and being replaced with former Target executive Mark Tritton in December. But now, the home-goods retailer may have found new life.

During its second-quarter earnings last week, Bed Bath & Beyond reported that comparable sales were up 6%, and digital sales up 80%. “During this unprecedented time when our homes have become the center of our lives, we are well-placed as customers spend more on their home and lifestyle,” said Tritton.

Bed Bath & Beyond’s not the only retailer that’s benefitted from the fact that people are spending more money on furnishing their homes. Wayfair reported a quarterly profit in August for the first time since going public, with sales being up 83.7% year-over-year. And Target reported during its second quarter earnings in August that sales of home goods were up more than 30% year-over-year, which helped contribute to comparable sales being up 24.3% year-over-year.

Big-box retailers are betting that home goods sales will continue throughout the year, and plan to make home decor a key part of their holiday assortment. And, with e-commerce sales projected to be up 25 to 35% over the holidays, the home goods retailers with bigger e-commerce businesses are better positioned to have more sustained success. Still, this all depends upon how well the economy continues to recover from the coronavirus pandemic, and whether or not Congress passes a new recovery package that would additional stimulus checks and/or enhanced unemployment benefits to Americans.

“I would be hesitant to say it’s evidence of a long-term trend,” said Tim Campbell, director at Kantar Consulting.

Furnishing homes instead of going on vacation
The biggest reason why home goods sales have been taking off is because people are spending more time at home, and are increasingly interested in redecorating their homes instead of other activities like travel. Companies that have reported a sales bump in this category include retailers who focus exclusively on home goods and furniture like Williams-Sonoma, Bed Bath & Beyond and Wayfair. Home improvement chains Lowe’s and Home Depot, as well as big-box and department stores with home goods sections like Walmart, Target, Kohl’s and Macy’s, also recorded similar gains.

“Everybody being at home, they’re making lots of changes with their home, be it new textiles or new home decor or new furniture or mattresses and that as a department store that gives us opportunities to grow those businesses disproportionately,” Macy’s CEO Jeff Gennette said during the company’s second quarter earnings call at the beginning of September, during which the company reported that home was its strongest category during the second quarter, although net sales were still down 35.8% year-over-year. It’s a turnaround from the fourth quarter of last year, when Gennette said that sales for the most part were down in the home category for Macy’s, with the exception of cookware.

Retailers are also benefitting from the fact that more people are looking to buy houses while interest rates are low, and will need to furnish these new homes. Sales of previously owned homes were up 24.7% between July and August, according to the National Association of Realtors, and grew an additional 2.4% between August and September.

In response to a question from an analyst about how Kohl’s would look to accelerate its plans for home goods and add more products in that category, Kohl’s CEO Michelle Gass said the company’s home goods team was “working very diligently with all of our vendor partners, but everything I’m hearing, I feel very good about our ability to go after those categories.”

But, the risk is that the longer job losses drag on — and the longer Americans go without receiving an additional stimulus check — shoppers will have less disposable income to spend on their homes. That’s why Kantar’s Campbell is hesitant to call the increase in home goods sales a long-term trend.

“I would say its current performance has already outpaced initial expectations for a lot of these retailers,” said Campbell. “They didn’t expect home to do as well as it did and now they are hesitant to say how long is this going to last.”

Home for the holidays
Still, until retailers see any further headwinds, they are pitting future gains on home goods growth, particularly during the holidays.  “I’m not the head merchant, but I expect things like trim a tree and other things like that people want to decorate their homes will probably be pretty big this year,” Walmart CFO Brett Biggs said during a virtual conference hosted by Barclays in September. “Home only becomes more important in the back-half of the year,” Kohl’s Gass said.

Carrying more cookware and furniture won’t be a panacea for all retailers. For department stores that are still heavily reliant on apparel sales, like Macy’s and Kohl’s, strong sales in home haven’t been enough to offset declines in apparel and brick-and-mortar sales.

Although Bed Bath & Beyond was able to report an increase in comparable and digital sales, net sales were still down 1%. Bed Bath & Beyond is also in the process of closing 200 stores over the next two years in an attempt to cut costs.

“Bed Bath & Beyond did have an exceptional quarter. However, I think this has less to do with a fundamental turnaround in the business than it is driven by the fact that the home category as a whole has been booming. A rising tide of home spending is floating all boats, including Bed Bath & Beyond,” Neil Saunders, managing director of GlobalData Retail said in an email. He said that Bed Bath & Beyond still needs to improve the look of its physical stores — “many of these are a mess and resemble warehouses” — improve delivery services, and introduce more of its owned brands. Bed Bath & Beyond did announce last week a same-day delivery in partnership with Instacart ahead of the holidays

Saunders pointed to Williams-Sonoma as an example of a home goods retailer that benefitted not just from increased home spending, but from having a solid e-commerce business before the pandemic. Williams-Sonoma reported during its second quarter earnings that e-commerce sales were up 46%, and made up 76% of total revenues.

As Modern Retail previously reported, Williams-Sonoma first started rolling out fulfillment options like buy online, pick up in-store in 2018, while Bed Bath & Beyond just started rolling out that service this year. Then in the summer, Williams-Sonoma added product visualization tools to its website, and gave customers the option to ask associates customer-service related questions through its website. That, Saunders said, “has kept customer engagement high.”

Saunders said that GlobalData Retail is also projecting  home products to be a strong category this holiday season. As long as spending on dining out, apparel and travel remains down, he predicted that customers are likely to continue to spend a disproportionate amount of money on their home.

“With so much external stress and chaos, a lot of consumers will want a cozy and comfortable holiday season at home,” he said.