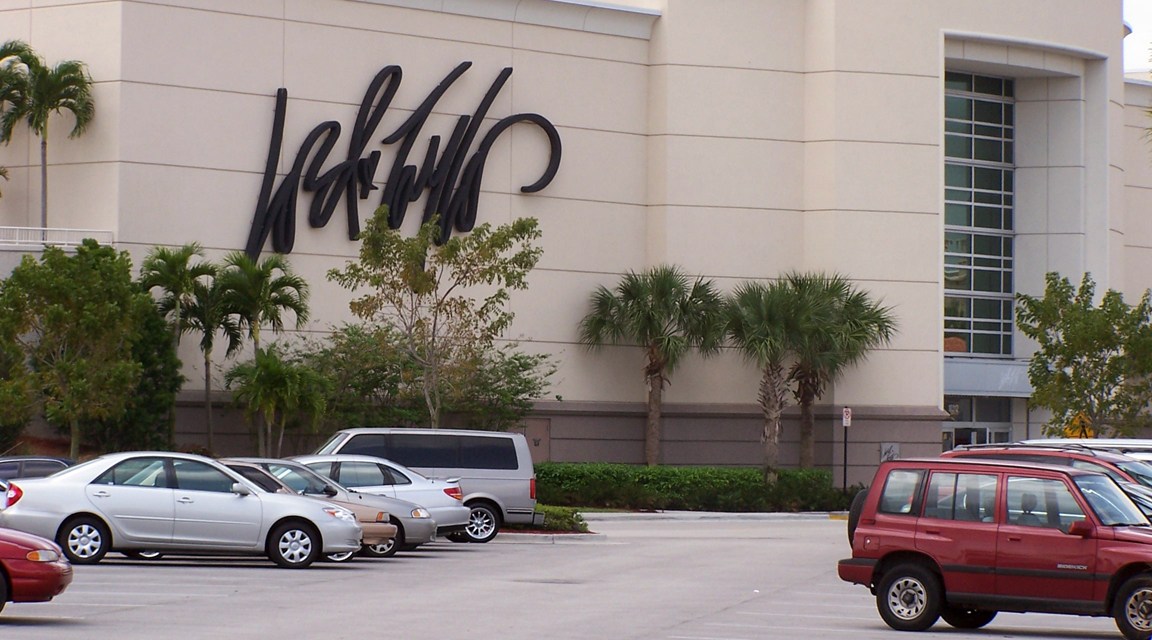 In September 2019, seven-year-old rental startup Le Tote made a bold bet to acquire more customers. It spent $75 million in cash to buy beleaguered department store Lord & Taylor from Hudsons Bay company. The acquisition at the time fit a narrative of a new digital upstart symbolically taking over a storied brand in desperate need of revival.

Now, as coronavirus wreaks havoc on retail, the deal looks more like a suicide pact. On Sunday, Le Tote and Lord & Taylor both filed for bankruptcy, blaming the coronavirus for causing to a decline in visits Lord & Taylor stores — and leading to a drop in Le Tote subscribers. In its bankruptcy filing, Le Tote said that it is considering offers for both Lord & Taylor and Le tote individually, or as a unit. And, underscoring its desperation to find a buyer for Lord & Taylor, the company took out a full page ad in the Washington Post. The ad was ostensibly to reassure customers that Lord & Taylor would continue serving them through its bankruptcy filing, but also subtly marketing itself to potential buyers as a “trailblazing brand,” as the oldest department store in the U.S. Le Tote did not respond to a request for comment.

Le Tote’s survival no longer depends on being able to acquire new customers more profitably through brick-and-mortar locations. Rather, it depends on them being able to cut its operating costs, which it will have to do by finding a buyer for as much of Lord & Taylor as possible. In the meantime, Le Tote said that it will close 19 of Lord & Taylor’s 38 stores.

CEO Rakesh Tondon’s rationale for the Lord & Taylor acquisition at the time was that it could help Le Tote reach a new set of customers, and that by accessing Lord & Taylor’s inventory, Le Tote could get its customers access to more clothes than any other competing rental service. Finally, Tondon peddled the idea that Le Tote’s algorithms would help modernize Lord & Taylor’s website, along with plans to develop new services like beauty subscriptions, none of which came to pass.

Although Lord & Taylor’s stores had gotten more costly to operate, it was a steal, considering that Lord & Taylor did around more than $1 billion in revenue in 2018.

“There are some ways in which you could credibly articulate some synergies, but they weren’t strong enough that it seemed like a good acquisition to me,” said Jason Goldberg, chief commerce officer at Publicis. “What it mostly felt like to me was [Le Tote] acquiring some assets in a fire sale at a significant discount.”

Following the acquisition, Le Tote immediately started integrating its service into Lord & Taylor’s stores and website. But, those plans had to be put on hold when retail stores in many states were ordered temporarily shut starting in March. By the time Le Tote and Lord & Taylor filed for bankruptcy on Sunday, the company said that it launched just four Le Tote shop-in-shops in Lord & Taylor stores.

As part of the deal to acquire Lord & Taylor, Le Tote’s former parent company Hudson’s Bay agreed to cover the rent for Lord & Taylor stores for the next three years. While that, combined with layoffs of more than 1,000 employees between Le Tote and Lord & Taylor helped the company save some money, it wasn’t enough to completely starve off bankruptcy. As sales fell, Le Tote also stopped the majority of its paying vendors in order to preserve some cash.

Now, Le Tote’s subscription service is also in trouble. Le Tote said during its bankruptcy filing that the coronavirus has led to a drop in subscribers, but did not say by how much. Rental services like Le Tote were built on the premise that they were a more sensible alternative to buying new clothes for unique occasions, or to cater to customers who constantly wanted access to new clothes. Now, as shoppers no longer need to rent clothes for weddings or for big company meetings, Le Tote’s home page instead highlights the ability for customers to access more casual and athletic wear.

“[The pandemic] has required a whole reevaluation of these businesses,” said Richie Siegel, founder of retail advisory firm Loose Threads, pointing to Le Tote competitor Rent the Runway, which claimed to cut costs by 51%, laid off or furloughed half of its staff, and rewrote terms with suppliers in hopes of surviving through the pandemic.

But, Siegel and Goldberg said that both rental has a better chancing of returning to growth more quickly after the coronavirus pandemic than physical apparel store sales, further underscoring the need for Le Tote to, at the very least, offload Lord & Taylor’s stores. If the coronavirus creates a prolonged recession in the U.S., than rental once again be an appealing service to shoppers with tight budgets, who still have to go into the office again or to events.

“It is going to come down, can [Le Tote] find a buyer that thinks Lord & Taylor is worth something and they buy it as a standalone entity, and that cash leaves Le Tote in a better position to survive the rest of Covid and emerge on the other side,” Goldberg said.