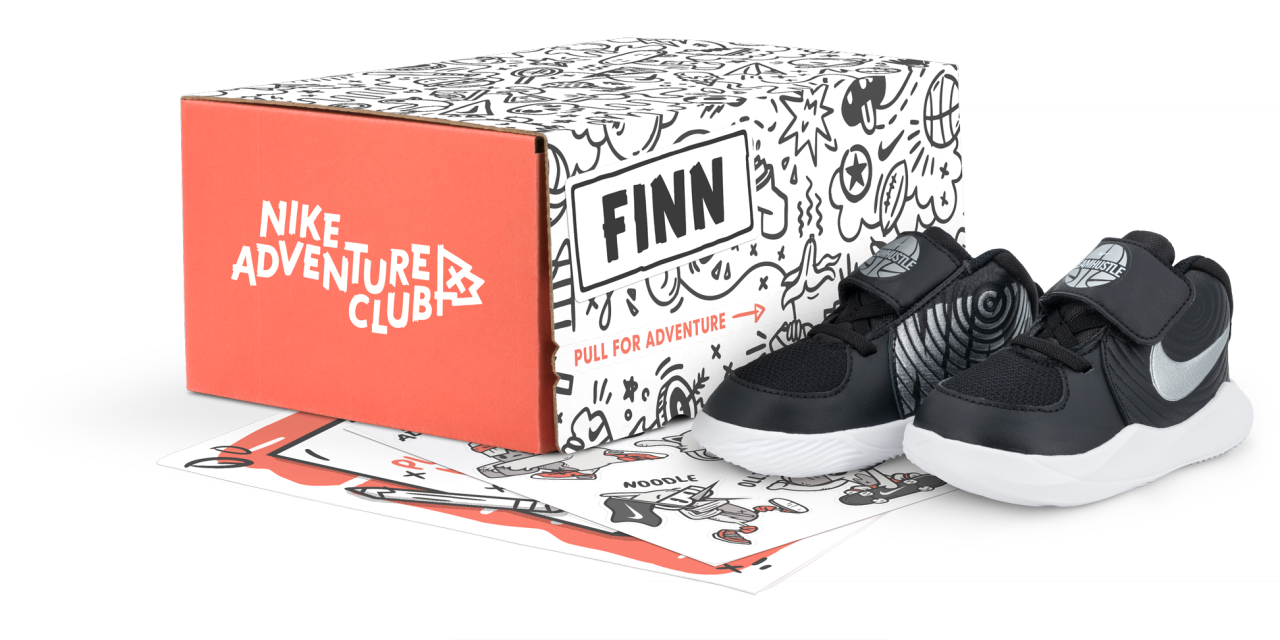 This time, the idea is to start young.

Nike Adventure Club started under the moniker EasyKicks to obfuscate the relationship to Nike while in testing mode, within Nike’s innovation department. Dave Cobban, Nike Adventure Club’s general manager, said that the group’s goal was to figure out how to solve problems for customers that lead to closer relationships with the Nike brand. That resulted in a membership model targeted at both parents and kids, which offers parents a more convenient way to replenish quickly-worn kids’ shoes as well as fosters customer loyalty.

“Nike obsesses over the customer, and we want to solve problems. It’s hard shopping with kids and for kids, so that was a global problem we could solve,” said Cobban. “We think it’s really important to build a relationship with kids at an early age. It’s a long-term loyalty play.”

Now live, Nike Adventure Club sits under Nike Direct, the brand’s direct-to-consumer business that does $12 billion in sales annually. The club will also have its own app, adding to Nike’s 170-million user app suite that drives $1 billion in sales. Direct sales, and the Nike app member community, have been clearly articulated focus points for Nike, and Cobban said that within the innovation arm of the brand, new business models and activations that underwrite those goals are top of mind as part of a “massive transformation” toward digital innovation and customer relationships. As Nike’s direct sales continue to climb, up 13% in 2019 over 2018, they’ve put pressure on Nike’s profit margins: Net income for Nike’s fourth-quarter earnings at the end of June was down 13%.

To grow direct sales, Nike has been investing in its app strategy and in new store concepts, including NikeLive and House of Innovation, which unlock new experiences for app members, as well as new partnerships. On Friday, Nike announced it would test enabling NikeApp try-ons and checkouts in a Foot Locker store, to spread its influence even in the wholesale environment. Overall, the driving force for Nike’s new initiatives is to establish closer customer relationships.

During the two-year test, Cobban said that customer retention was the No. 1 priority for the new business.

“Our stone-cold KPI is lifetime value — the retention piece. It was a real statement from the company that lifetime value would become the company’s biggest indicator of health, that customer loyalty,” said Cobban. “So we wanted to surround our members with services as well as products that solve their needs and problems. We haven’t really been given a set number, like we need to be an x-million or x-billion dollar business. The numbers aren’t so much a part of it as the relationship, and can we prove the strength of that relationship and make sure there’s no churn. If we do that they’ll keep funding us.”

As the business attracted new members (Nike Adventure Club doesn’t disclose it’s beta-test member count), the service scaled up logistics. Cobban first tested the model by buying shoes from local Nike stores, repackaging them in EasyKicks boxes, and sending them out to early subscribers. Now, Nike Adventure Club has its own supply chain system called live inventory, which can sort product feeds by available size and track each individual pair of shoes in a management system built in-house. A fulfillment partner specific to the Adventure Club then packages shoes in personalized boxes.

The model will also provide new customer data insight for Nike. Parents are encouraged to send back shoes their kids have worn out or grown out of to be recycled. The Nike Adventure Club team then shares returned shoes with the product development team in order to track how quickly certain styles are wearing out, and which components of the shoes go first. The team can also track how frequently different demographics, by region and age, cycle through shoes, and what styles they’re most likely to gravitate towards.

Nike Adventure Club’s evolution, from an innovation department project, to beta-testing, to a new business venture under Nike Direct, indicates Nike’s willingness to invest in direct sales and relationships with customers.

For Cobban, his team plans to keep iterating on the model — “there’s no finish line,” he said — but that his group’s primary goal won’t change.

“It’s about relationships. That’s what the leaders of the direct business are thinking about. What problems could we solve by creating a better relationship, where you want to become closer to us in a direct way,” Cobban said. “Membership is going to become more and more important to us in the future. A true delivery of value is key to that.”