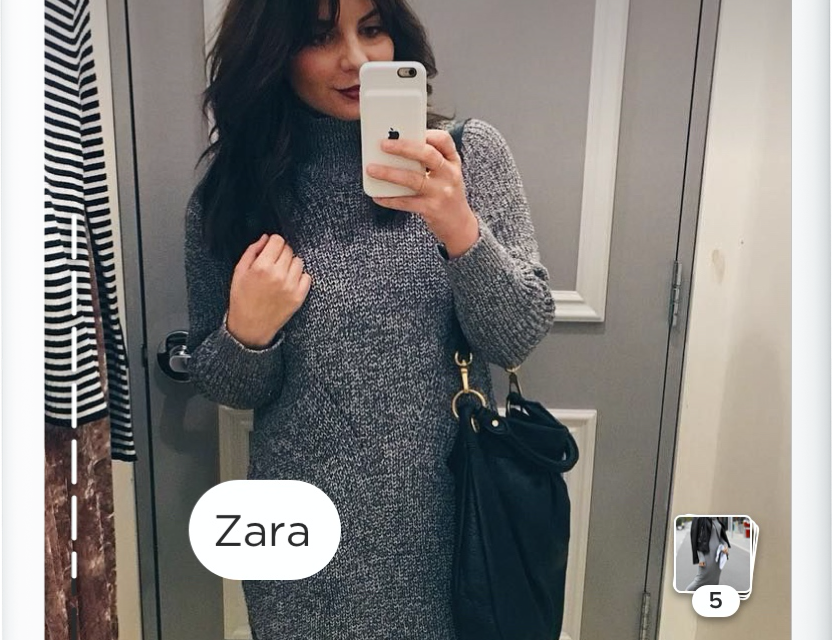 The resale industry has been one of the biggest winners in 2020, culminating in resale app Poshmark filing to go public.

Poshmark’s S-1, which was published on Thursday, reveals that the startup was actually able to turn its first profit of $8.1 million during the first nine months of 2020. Though activity on Poshmark fell at the beginning of the pandemic — the company reported that during the month of March the gross merchandise value of the items sold on Poshmark fell 13% year-over-year — shoppers started turning to Poshmark more for their shopping longer the pandemic dragged on. In the quarter ending June 30, year-over-year GMV growth ticked back up to 42%.

Poshmark is part of a new crop of resale apps that aim to bring the experience of going to the thrift store online. Others include TheRealReal — which went public last year — and ThredUp, which said in October it had confidentially filed to go public. In contrast to analog thrift stores, instead of buying up huge swaths of secondhand clothing themselves, most of these apps act more as a peer-to-peer marketplace. Sellers list items on Poshmark when they have secondhand clothing or accessories they want to get rid of; buyers connect directly with the sellers on Poshmark in order to complete the transaction. Poshmark gets its revenue charging sellers a fee once an item is bought.

Despite the increasing popularity of these apps, many of them have struggled to turn a profit due to high marketing expenses and authentication costs. TheRealReal, for example, was unprofitable when it went public. Some of these platforms can have high churn rate as it struggles to keep users and buyers active. Forrester analyst Sucharita Kodali previously told Modern Retail that she considers many online resale startups to still be “niche,” with only tens of millions of active users.

Poshmark’s plan for further growth, as laid out in its S-1, is to expand to more international markets and new product categories, as well as try and keep new users active on the platform. Read on for more highlights from Poshmark’s S-1.

The numbers: Cutting marketing expenses created a path to profitability
During the first nine months of 2020, Poshmark reported revenue of $192.8 million, compared to $150.5 million during the same period last year — a 28% year-over-year increase.

Poshmark said in its S-1 that it had 31.7 million active users. But of those, just 6.2 million were active buyers, and 4.5 million were active sellers. That indicates there’s still more work to be done on Poshmark’s end to get people who have signed up for the app actively buying and selling.

Poshmark considers itself both a resale app and social media platform
In order to get these passive participants more active, Poshmark has focused a great deal in recent years on building new features for its app that allow sellers and buyers to do more than just haggle over prices. That includes adding a new TikTok-esque Stories feature (which Modern Retail reported on earlier this year), launching a Drops Tool where sellers can highlight items that are not yet for sale and trying to use data science to predict which items buyers and sellers will be most interested in — and using that information to personalize a user’s feed.

Poshmark has also started hosting more of what it calls “Posh Parties,” real-time shopping event where multiple buyers and sellers can meet up in a virtual group to compare items. In its S-1, Poshmark revealed that it hosts approximately four Posh Parties per day on the app, and that when Poshmark hosts one of these events, the number of active users on the platform is on average 17% higher than other times of day.

As Poshmark states in its S-1, “These services add a deeply personal element to the online shopping experience, leveraging social actions to deepen engagement and ultimately drive transactions.”

By getting users to view it as a social app rather than a shopping app, Poshmark believes that it can get users to buy more frequently from the app.

Fake or misleading listings are the biggest threat to Poshmark’s business
Fraud is a huge problem in the online resale space in general, as some sellers try to make a bigger profit by sending buyers items that are different from the ones they sold them on. Some resale apps, particularly ones that sell higher-end goods, have tried to solve this problem by having sellers send an item to an authentication center, before sending it along to the buyer.

Poshmark requires this only for luxury items (defined as items priced at $500 or higher), which helps ensure lower labor costs than if it tried to authenticate every item. And, Poshmark has a service called Posh Protects, where buyers can request a refund on an item if they feel that the product they received does not fit the initial description.

Still, Poshmark notes in its S-1 that there may be times when fraudulent items slip through the cracks, given that “as the sophistication of counterfeiters increases, it may be increasingly difficult to identify counterfeit products.”

And, even if a buyer isn’t able to prove fraud, any” perception that our levels of responsiveness and customer support are inadequate,” when encountering claims of fraudulent or deceptive conduct, “could reduce our ability to attract new users or retain existing users and damage our reputation.”

Then there’s the fact that lawmakers are showing increasing interest in cracking down on marketplaces like Poshmark that they feel aren’t doing enough to precent fraudulent listings. In its risk section, Poshmark calls out proposed legislation in California, “that would expand product liability of defective products to an online platform even when the platform does not manufacture, sell, distribute or take possession of the product.”

“If this proposal were to pass, our legal liability could increase significantly,” Poshmark’s S-1 warned.