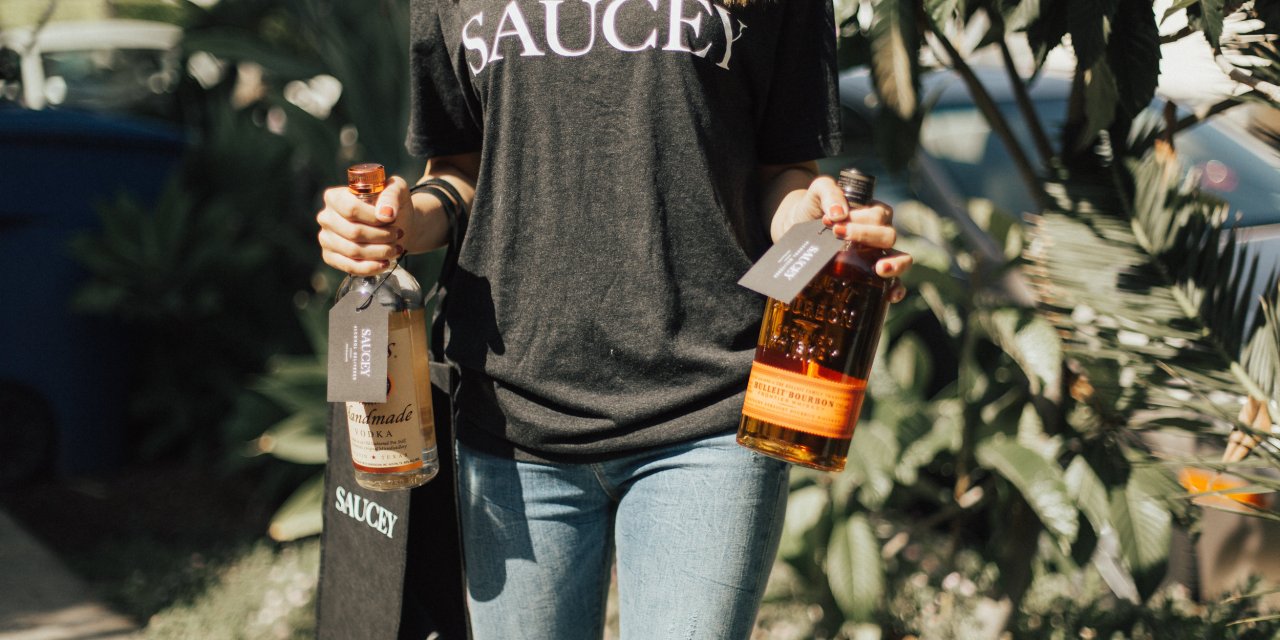 As an “essential service,” alcohol delivery has become one of the biggest benefactors of this pandemic era. And a number of startups are duking it out to lead the booze delivery pack in the midst of this big consumer behavior shift.

Since shelter-in-place orders have been implemented, alcohol delivery via platform apps has spiked by nearly 250%, according to Neilson. The platforms stepping in to relieve demand pressure include Saucey, ReserveBar and Bevvi.

When the coronavirus outbreak first hit in mid-March, a quick spike in booze delivery followed; Drizly, for example, reported sales growing 3.5x compared to earlier in the year, with customers spending 30% more on average than normal. Other players are seeing similar boosts; Minibar’s orders shot up nearly 150% this past month and Saucey’s sales increased by 400% since the Covid-19 regulations began.

The trend has platforms across the category trying to ride this demand wave, and while they’re all seeing an inevitable uptick in sales, they’re also careful to adjust marketing tactics in order to retain customers’ adoption rate beyond the pandemic. Unlike grocery or food takeout, alcoholic products tend to be commoditized products, explained Saucey co-founder and CEO Vaughn: meaning most people don’t have a store affinity but rather a favorite brand. This factor makes creating a long-lasting customer base trickier for these startups — but they’re all still trying.

Over the past year and a half, Los Angeles-based Saucey has been rolling out service in select markets like Chicago, Dallas and New York City. “We’ve had lots of feedback asking us to operate in New York over the years,” said Vaughn, and with everything happening within the market’s shelter in place, customer demand became more apparent than ever.

But given how saturated delivery is in New York already, the goal for the Saucey team is achieving “deep market penetration” through speed and efficiency. Over the last few weeks, delivery services in New York have become clogged and delay-ridden — grocery delivery windows have been extended to many weeks while people remain indoors hoping to have goods delivered to their door. Vaughn, however, said his company’s focus on logistics has helped the service stick closely to delivery windows in the metropolitan area. The successful rollout’s timing is also being attributed to the limited city traffic, helping keep the company’s “30 minutes or less” delivery pledge within range even during the surge.

On the marketing front, in recent weeks Saucey has moved ad dollars to include paid social and search. With the customer acquisition cost on Facebook being “one tenth of what it’s been for six years,” social conversion is higher than ever, said Vaughn. What’s more, conversion and re-purchasing rates are accelerating. “We’ve seen the average time from first purchase to second purchase come down from around 30 days to inside of one week,” said Vaughn.

New York-based Minibar Delivery, which currently operates in 90 cities across the country, partners with independent shops to offer a marketplace of alcohol products. The platform has seen overall sales go up by 149% since March 11.

“We’ve also been onboarding new liquor stores daily, and receiving 7x the normal requests than we did before the outbreak,” said CEO Lindsey Andrews. As of this week, national orders are up 105%, according to Andrews, with a 571% increase in new customers.

As of now, Minibar doesn’t have plans to alter its current marketing strategy, as organic volume from Google search has increased on its own. However, as demand is mitigated, Andrews said the company will begin spending more on retargeting and testing some new channels, such as direct mail.

“We’ll start to ramp up marketing to reach those at home in the coming months,” she said. For now, the company is focused on fulfillment and hiring more customer service team members to address the growing inquiries.

It’s hard to say whether alcohol delivery will prove to be sticky beyond the pandemic, but some retention is inevitable. When it comes to alcohol, purchases tend to be for day-of use, said CB Insights managing analyst Thomas Sineau. Chances are, most people will still stop at the store for alcoholic essentials whenever social distancing measures eventually lift. Though, this has more to do with the lax stocking up measures and lack of storage space, along with the choice to forgo the fees and added tips associated with delivery.

Vaughn, however, argued that consumers’ habit to impulse buy booze is already being modified during this period. “What we’re seeing is the fast-forwarding of the conversion, and I think that behavior will be maintained” once people experience the convenience, he said.

“As long as this pandemic lasts people will stick to delivery, which will increase the rate of adoption,” Sineau said. For the category to stick long term, he explained, services will need to up their post-quarantine offerings to differentiate themselves. This could be in the form of promotional marketing and rewards programs, which many of these digital brands already have in place.

For example, Minibar offers cocktail recipes and tutorials through its site, something customers can’t get walking into a liquor store. The startup plans to continue building on this content, including brand spotlights and more home mixology how-to.

Meanwhile ReserveBar, which specializes in carrying top shelf and rare spirits, also offers concierge services on custom engraving and gifting. The platform has also added timely features to its rewards program, such as the bulk buy-related promotion that offers cash back on purchases of multiple bottles.

These digital services are the key for creating added value for customers, and the chance of retaining them in the long run.

After all, one can buy a bottle of their favorite tequila at multiple locations, “but building loyalty to a platform is about being fast and reliable,” Saucey’s Vaughn said.